You Should Still Be Planning For National Bankruptcy

The federal government just racked up its largest ever quarterly deficit at $488 billion, and nobody is talking about it.

Of course they aren’t. The federal government has been running deficits nearly every quarter for the past fifty years and there have been plenty of new records in the past decade. 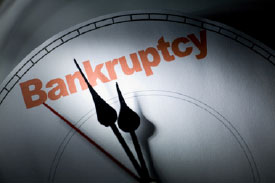 Federal deficits are boring. Especially when compared to the drama being played out between Trump and his deep state adversaries in the intelligence services and the Department of Justice.

Deficits may be boring, but they are perpetual, and there is still only one way for this to end. America is still on the road to a national bankruptcy. This president isn’t going to change that.

Maybe President Donald Trump would prefer balanced budgets and vast reductions in the bureaucracy. He may have discovered limited government is easy to sell to a stadium full of conservative voters, but persuading Congress to go along is something else entirely.

That august body is full of Democrats who disagree outright with shrinking government and establishment Republicans who are eager to avoid making hard choices.

Frankly, the jury is out on whether Trump actually cares about imposing restraint, or if he simply isn’t too worried about shrinking debt and deficits.

One could make a good argument for either based on the president’s rhetoric. His record – signing the bloated budget expansion and encouraging Congress to once again suspend the borrowing cap – implies the President has other priorities.

Truth is, it hardly matters. For gold and silver investors weighing the prospect of a national bankruptcy, the more relevant questions are:

The President is neither a champion for balanced budgets nor entitlement reform, whether he would like to be or not. He isn’t wading into the swamp at the Federal Reserve.

And he isn’t tackling the bankers behind the Fed, those who are corrupting both the markets and the governance in Washington DC.

Cheer for the president if manages to drain the swamp at the FBI and intelligence agencies. But his battle with the deep state on that limited front isn’t really investable.

When it comes to finances, the federal government is still speeding down the road to ruin. You should still plan accordingly.