As U.S. gold exports to Hong Kong and China fell 25% in the first four months of the year, London picked up the slack. According to the USGS, U.S. gold exports to London surged more than doubled from January to April, compared to the same period last year. Interestingly, the amount of gold exported to London during this period nearly equaled the total U.S. domestic gold mine supply.

From the data reported in the USGS Gold Mineral Industry Survey’s, U.S. gold exports to the U.K. (London) jumped to 64.3 metric tons (mt) Jan-Apr, versus 25.5 mt during the first four months last year: 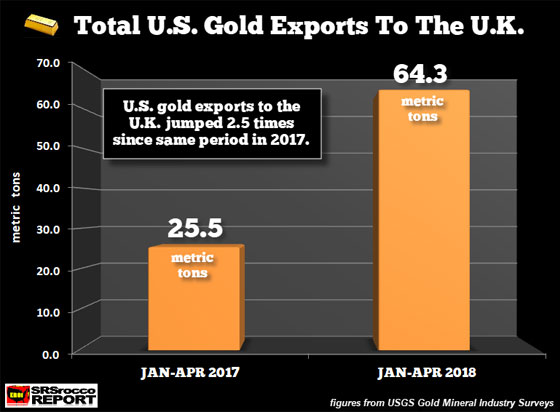 Here is the breakdown of U.S. gold exports to London for each month:

Here are the top three countries that received gold exports from the United States Jan-Apr 2017 versus 2018: 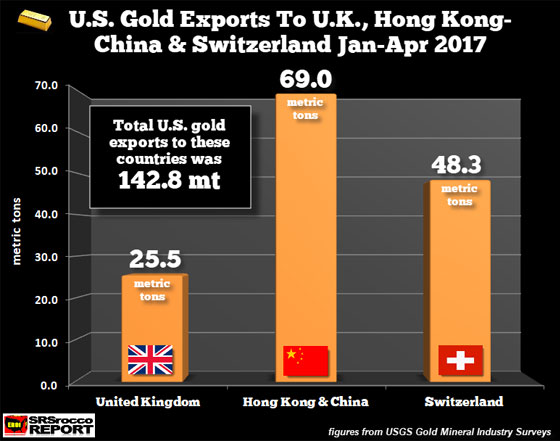 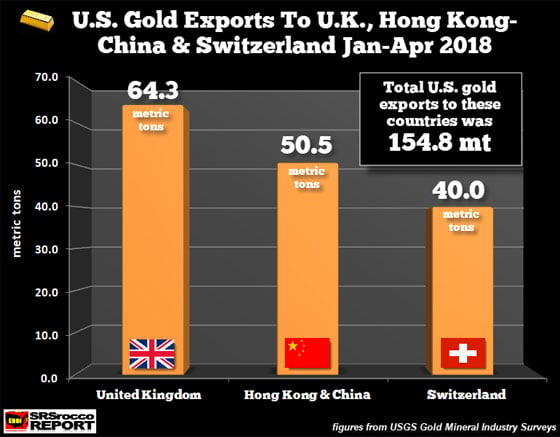 Even though U.S. gold imports increased to the U.K and fell to Hong Kong-China and Switzerland, total exports to these three countries increased by 12 mt Jan-Apr 2018. Furthermore, as U.S. gold exports increased, gold imports declined nearly 17 mt during the same period. So, the United States continues to export more gold than it imports and produces from its domestic mines.

As I mentioned at the beginning of the article, U.S. gold exports to London Jan-Apr equaled nearly all U.S. gold mine supply: 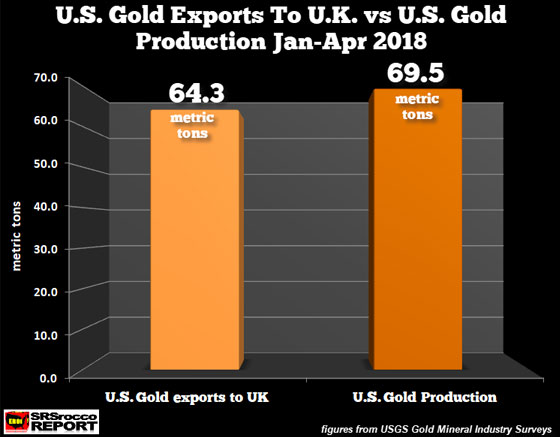