Are Silver and Gold 'at the Flood'?

There is a tide in the affairs of men...

Thus begins one of the most famous quotes ever uttered, taken from Shakespeare's play, Julius Caesar. Brutus, talking to Cassius, says, "There is a tide in the affairs of men. Which taken at the flood, leads on to fortune..."

A flood tide takes place at the very crest in the water's height. Once the "tide turns," there is no stopping its ebb until, much later, it reaches an extended, even a minus low.

If you're ashore in parts of Alaska, where a tide can run 20 feet, not embarking "at the flood" and waiting until it's made an obvious turn can have important implications, leaving you and your craft high and dry.

The same applies in many areas in life, not least financial.

Shakespeare's quote serves as a metaphor – a touchstone for deciding when, how, and even if to act on some particular circumstance in our lives.

It's difficult, because though we may be certain we see a transformative event (or a series) in the process of taking place, there's no way to know ahead of time how long or to what degree it may take.

In the case of the tightly-stretched "variance from the mean" in the market's current opinion of where the precious metals are headed over the near to intermediate term, divining the outcome correctly in a timely manner could have decisive bottom-line consequences for those who decide to act… and for those who do not.

Even more important than trying to "score a quick profit," if prices are making a major sustainable upside turn, those who have not established at least a core holding are likely to find themselves watching, waiting, and ultimately not participating at all as today's levels recede in the rear-view mirror.

By the same token, waiting to buy until "it's obvious" will lead to frustration if prices then move back into the large sideways action we've witnessed several times over the last few years.

By almost any measure, the precious metals' sector is "stretched."

Hedge fund silver shorts (betting on lower prices) – often a contrary indicator – are at all-time highs, as indicated by this chart: 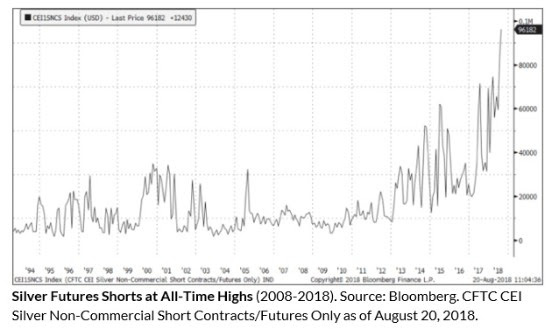 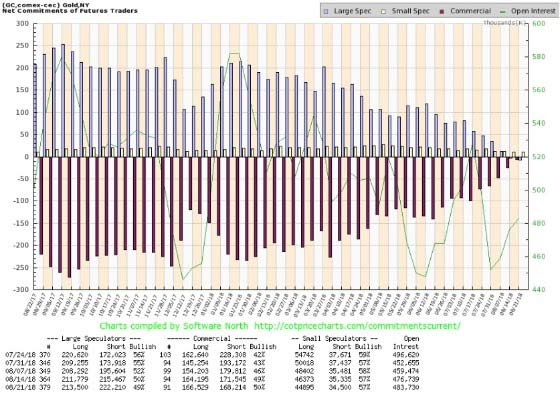 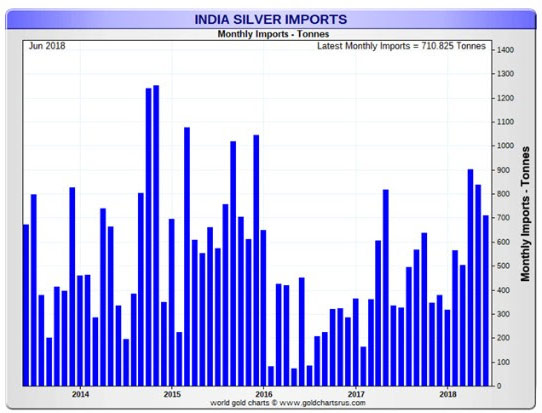 Palladium, often a "lead indicator" for the rest of the complex, has recently spiked $120 above its recent lows... 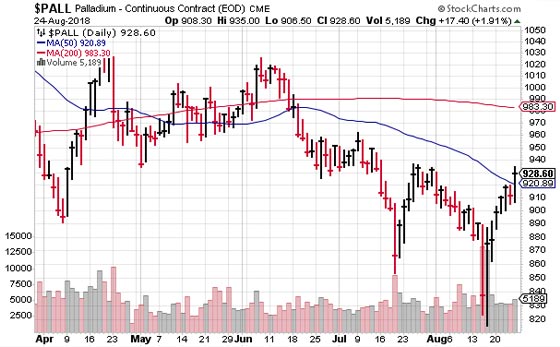 And platinum, which generally costs up to $300 an ounce more than gold, is trading at some of the largest ever recorded values below gold.

Trying to find an exact low in the price of any market is a losing proposition. But establishing holdings into a level which gives solid evidence of representing strong long-term value – well that's an entirely different matter!

"Omitted, all the voyage of their life is bound in shallows and in miseries. On such a full sea are we now afloat. And we must take the current when it serves, or lose our ventures."

We'll only know in the fullness of time, how closely the premise of this essay, the charts used to support it and the approach of tying it to Shakespeare's quote, turn out to align with what Mr. Market has in store for us.

But it's a sure bet that millions of market participants and those considering getting involved themselves will intently watch precious metals' prices unfold in the coming days, weeks and months. 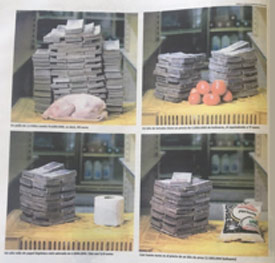 There's a lot to be said for reflecting deeply on the wisdom Brutus' comments may portend. Do the directional arrows implied seem like a 'fit' for your belief about the state of things in today's world, financially and politically? To your expectations, goals and resources? To your views on the metals' supply-demand metrics?

Do you "have enough" metal right now to 'round out' your position if this argument turns out in significant measure, to be correct?

Or are you still locked into "thinking mode" – hobbled by the opinions of the majority of market players currently crowded onto the same side of the proverbial investment boat, betting on still lower gold and silver prices?

Have you worked through the OODA Loop we discussed in earlier essays (see last month's column For Sterling (Silver) Results, Repetition of the Basics is Worth its Weight in Gold

Have you Observed, Oriented and Decided... but not Acted?

From this perspective, the precious metals' "tide" looks to be very near a flood. Sensibly adjusting your current holdings or Acting to create and hold onto a new position might one day help keep you from being – unlike literally millions of Venezuelans who did not – "bound in shallows and in miseries."