However, now that the U.S. Mint has resumed sales of Silver Eagles, they have reached over 1.9 million, up 28% compared to August, and there are still ten days remaining in the month. Silver Eagle sales so far in September are the highest all year, except for the usual spike in January when the Authorized Dealers are stocking up on the newly released coin.

As we can see in the chart below, Silver Eagle sales have jumped in August and September due to the lower silver spot price: 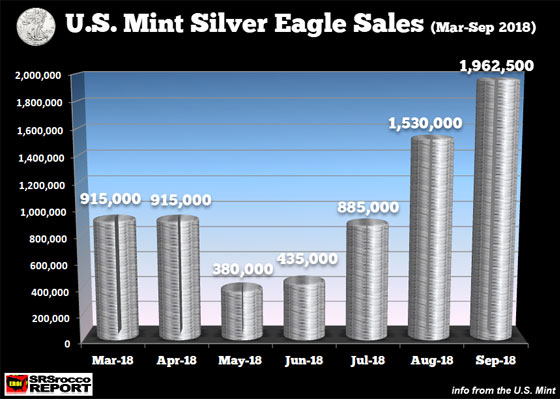 According to the figures released by the U.S. Mint, Silver Eagle sales fell to a low of only 380,000 in May. However, sales started to pick up in July and have continued to increase each month. Interestingly, Silver Eagle sales in the two months of August and September are about the same for the previous five months.

Total sales of Silver Eagles to date in 2018 are 11.2 million. The total cost to purchase these 11.2 million Silver Eagles at a $20, would equal $224 million. Now, I just used a round $20 figure; the actual cost is likely a bit less. However, I wanted to compare the Silver Eagle market to the increase in U.S. public debt since August 1st.

In just the past seven weeks, the U.S. Debt has increased by a stunning $235 billion: 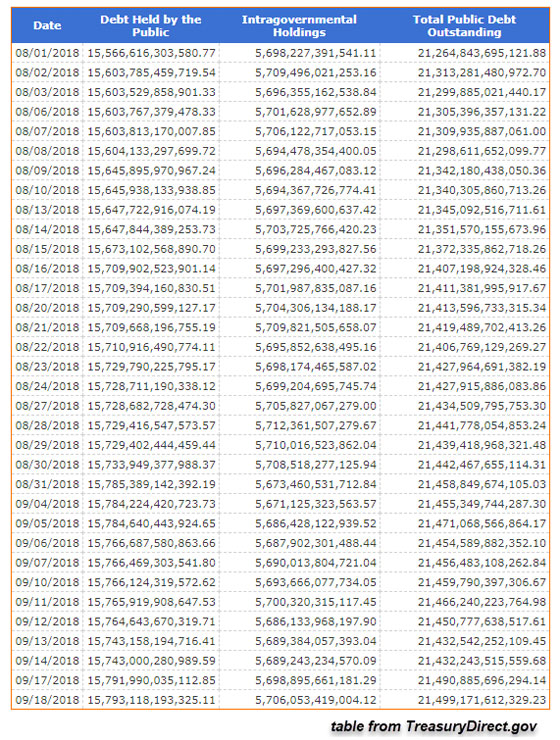 Americans have no idea how completely insane the state of the financial system. It is built on an extreme level of leverage and debt. While leverage and debt can go up longer than most realize, it still has an EXPIRATION DATE.

I believe when the markets finally roll over, and we experience another crash similar to 2008-2009, we are likely going to see demand for physical precious metals like we have never seen before.