U.S. Mint Silver Eagle Sales Spike By Another 1 Million At End Of September

Demand for the U.S. Mint Silver Eagles spiked again at the end of the September pushing sales nearly to three million. In a little more than a week, Silver Eagle sales jumped from 1.9 million to 2.9 million, nearly doubling from the previous month. Sales of Silver Eagles in August were only 1.5 million versus 2.9 million in September.

As I mentioned in my previous update, the U.S. Mint temporarily halted sales of Silver Eagles at the beginning of September due to a spike in demand. However, as the U.S. Mint resumed sales, the Authorized purchasers have been taking advantage of the low price.

Let’s look at my Silver Eagle chart from September 19th: 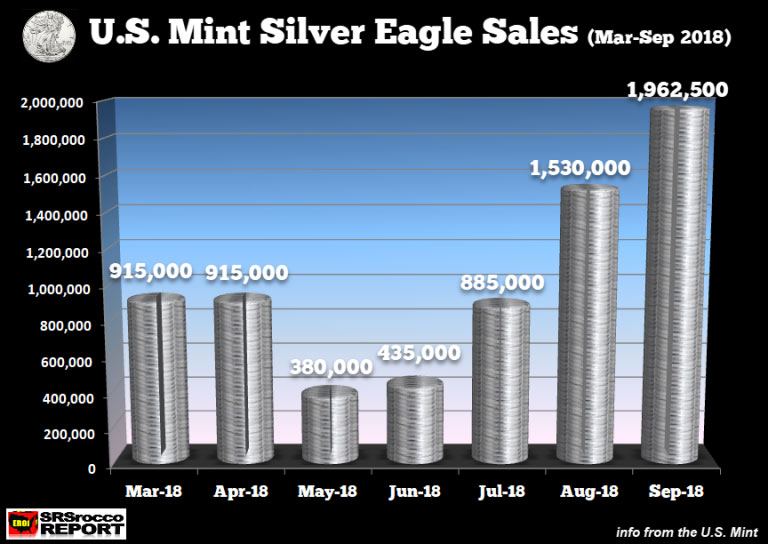 As we can see, Silver Eagle sales bottomed in May at 380,000, and have continued to rise over the next four months. Now, if we look at the U.S. Mint’s most recent update, sales have jumped by nearly 1 million to 2.9 million: 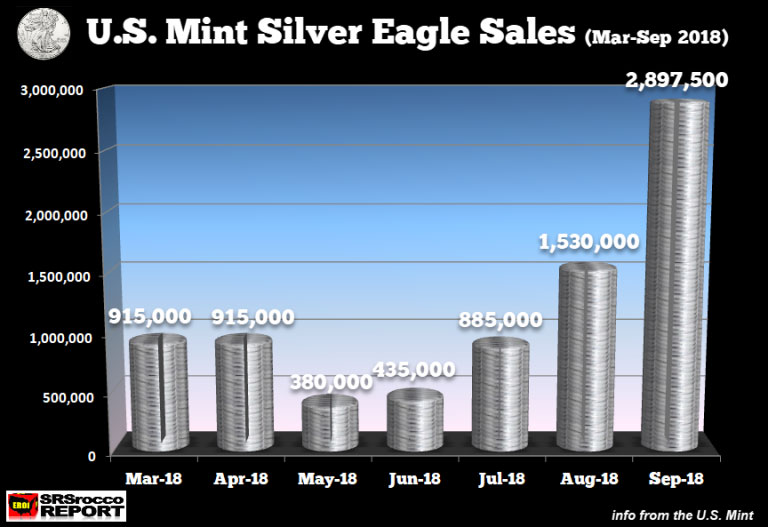 If we exclude sales in January (2017 & 2018), which are normally elevated due to the new annual release of the Silver Eagle, the last highest month was in November 2016 at 3,061,000. So, we can see that demand hasn’t been this robust in nearly two years. 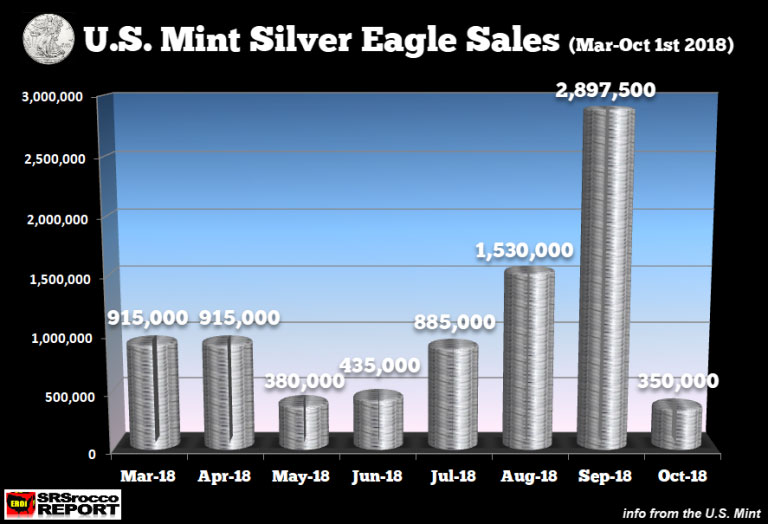 Thus, the single day sale of 350,000 on Oct 1st, is nearly the same as the total 380,000 set back in May. I believe we may see another strong month of Silver Eagle sales in October, especially if the silver price remains weak.

Lastly, I will be putting out an article shortly on the disconnect between the silver and oil price. Energy is a major factor in the cost to produce silver. As the oil price continues to increase as the silver price trends lower, this is putting a lot of pressure on the primary silver miners. I would imagine we are going to see some of these primary miners post losses in the third quarter due to higher energy costs while receiving lower silver and base metal prices.