Some of last week’s weakness in the stock market was attributed to surprisingly week jobs report on Friday. Non-farm payrolls came in significantly below projections.

However, much of that weakness was explained by Hurricane Florence. And the headline unemployment rate dropped to 3.7% – the lowest in almost 50 years. 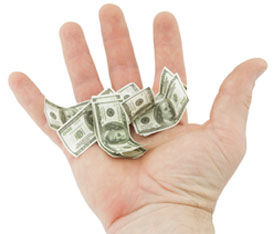 Headline unemployment statistics continue to be, in our view, some of the most misleading numbers produced by the federal bureaucracy, and that is a very tall bar indeed.

The Bureau of Labor Statistics certainly knows how to cook the books. It’s remarkable how functionaries there can get away with reporting unemployment and employment rates simultaneously falling to near 50-year lows. Of course, both things cannot be true simultaneously true if there is an honest accounting.

Bureaucrats at the same agency have been equally as skilled at massaging the famed Consumer Price Index (CPI), which purports to measure price inflation. They have been using a number of clever devices to hide the full impact of rising prices for years. That fiction is about to get a lot harder for them to maintain, however.

For starters energy prices are on the rise. Oil prices bottomed in very early 2016, at almost the same time as gold prices – not coincidentally.

Natural gas prices may be getting ready to follow oil higher. The gas markets have been surging over the past few weeks. Sustained higher energy costs are going to translate to higher prices for anything that has to be farmed, mined, manufactured, or transported.

The Wayfair decision will also drive higher consumer prices. The U.S. Supreme Court decided in June that states, in some circumstances, can apply sales tax to goods being sold online and shipped into the state.

There is currently some confusion about how the various states plan to capitalize on this opportunity. It is, however, safe to say the cost of online purchases will be going up over the next year or two as sales taxes become more universally applied.

Speaking of online retailers, Amazon announced last week the company will yield to pressure from the progressive left and set $15/hour as the company’s minimum wage.

Amazon’s customers should expect price increases to cover the higher costs, in addition to sales taxes. Given the size of Amazon, the higher cost of buying there should show up on broader measures of inflation.

The company also declares it will lobby the government to impose a $15/hour minimum on all employers. Amazon doesn’t want competitors gaining a cost advantage.

Should the company’s lobbyists be successful, we can expect a massive jump in consumer prices and massive layoffs from employers buckling under the mandate.

However, given President Trump’s antipathy toward Jeff Bezos and Amazon, they may have to wait for a new administration.

Tariffs on Imported Goods Passed on to U.S. Consumers

Tariffs on imported goods are also beginning to bite. The President has implied the cost of tariffs will be borne by exporters in the target nations, such as China. The reality is that Americans will be paying more for goods.

We can attest to that. Last week Money Metals Depository re-ordered the same steel lockers we have been purchasing for our storage vault throughout the year.

The price went up by 10%, as the midwestern manufacturer now pays more for imported steel.

Price inflation looks to be baked in the cake, but it isn’t clear markets have positioned for that just yet.

It has certainly been a long time since gold and silver got much interest from Wall Street speculators looking to hedge. They have been lulled to sleep by years of artificially low CPI reports, and the U.S. dollar getting stronger in foreign exchange markets (even as its purchasing power diminishes at home).

A wake-up call in the form of a price spike too big for bureaucrats to hide could be on the way.