This week, a white metal reached a rare feat. Palladium has traded at a higher cost per ounce than gold. 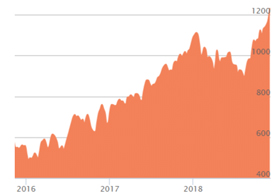 A true shortage of physical metal may be at hand. The primary source of demand is automakers who require palladium for catalytic converters. Supply, meanwhile, comes primarily (more than 80%) from just two unreliable countries: Russia and South Africa.

On the London Bullion Market Association (LBMA) exchange, the palladium market is showing signs of extreme stress – even panic.

LBMA lease rates for palladium, which in recent years hovered barely above zero, have shot up to as high as 22%. That means palladium users are willing to pay loan shark rates just to be able to get their hands on this scarce commodity.

Could the palladium market be foreshadowing future developments in platinum, silver, and perhaps even gold? That question now figures prominently in the minds of metals investors.

Many silver bugs point to mining supply deficits as well as years of artificial price suppression as reasons to expect shortages and buying panics in silver. They may well be right.

However, the metal that tends to follow most closely in palladium’s footsteps is platinum. Both metals are used in catalytic converters. So when one gets substantially more expensive than the other, manufacturers have an incentive to switch.

Switching from palladium to platinum isn’t as simple as it sounds. With some modern high-performance catalytic converters, only palladium works. It can take up to 18 months for automakers to re-tool their production lines for a switch.

With platinum currently selling at a discount of more than $400/oz. to palladium, the economic incentives to substitute should start driving more demand to platinum. It will take place gradually – and the effect on price may be not be apparent for months.

Patient platinum investors can look to history for some validation of the theory that platinum follows in palladium’s footsteps.

The last great shortage fear-induced panic buying spree in palladium occurred in 2000-2001. (It was only last month when palladium finally took out its 2001 high.) Palladium’s great bull market began quietly in 1997 at about $125/oz. Over the next four years, a cumulative 800% gain occurred.

By the time palladium prices peaked in 2001, platinum was sporting a $400 discount to its sister metal – the same as today.

What is next for platinum could be similar to what was next for it back then. By 2002, platinum prices caught up with palladium’s. Platinum proceeded to embark on an epic bull market – from under $500/oz to over $2,200 when prices peaked in 2008.

Of course, supply and demand fundamentals are different today. All the bullish news and momentum is in favor of palladium. It could, consequently, continue to outperform in the very near term.

There is, as yet, no supply deficit in platinum. But future platinum mining supply is very much in doubt. Market woes and rising political risk in socialist-controlled South Africa are forcing some of the world’s biggest platinum mines to scale back operations or shut down completely.

At some point, the price disparity between the two catalytic metals will simply become too great to be sustained. When the palladium:platinum price ratio finally reverses in favor of platinum, it will likely do so in a big way and trend in favor of platinum over a period of years.

The other white metal, silver, appears due to revert higher as well.

The silver:gold ratio recently dropped to a 25-year low. Like gold (and unlike the platinum group metals), silver has a long history of being used as money – making it especially desirable to have on hand in the event of a currency crisis.

Platinum is less commonly held by investors than is silver. Platinum bullion is available in the form of coins minted by a small number of government mints as well as privately minted bars.

The bottom line for investors is that a once in a generation opportunity now exists in the white metals. The same panic buying occurring in palladium today could be occurring in platinum and/or silver within the next few years.