According to the World Gold Council 2018 Yearend Gold Demand Trends, Russia funded most of the 274 metric tons (mt) of its official gold purchases with sales of its U.S. Treasury holdings. Furthermore, the next two countries with the largest increase in gold acquisitions in 2018 were Turkey with 51.5 mt and Kazakhstan at 50.6 mt.

These three central banks accounted for 58% of the total gold purchases last year. However, the World Gold Council stated in their yearend update that several European central banks were also increasing their gold reserves, such as Hungary and Poland. 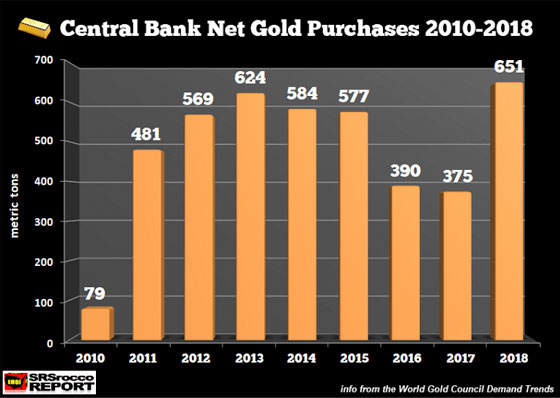 Now, since the 2008 global financial crisis, these eight central banks were the largest purchasers of gold: 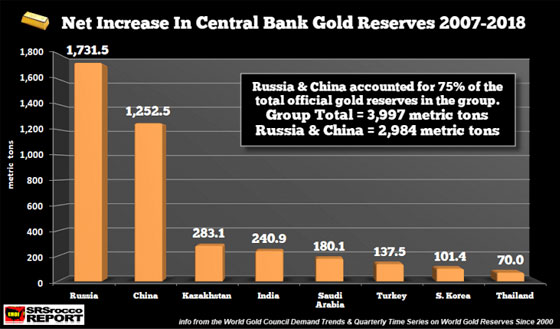 I believe central banks will continue to be net buyers of gold because it is one of the only assets that is not backed by debt. However, that is not the case with most assets like stocks, bonds, and real estate which are backed by hundreds of trillions in debt. A physical gold bar paid in full contains stored economic energy, while the majority of assets are “ENERGY IOU’S.” When the world finally reaches peak oil, you do not want to be holding energy IOU’s.