Establishment journalists, establishment economists, and establishment politicians are freaking out. It seems they can’t cope with the prospect of an outspoken monetary reformer potentially becoming the next member of the Federal Reserve Board of Governors. 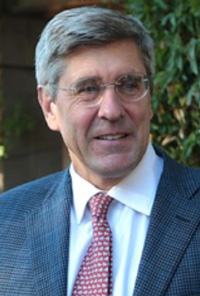 Stephen Moore wants the
Federal Reserve Note to track
a basket of commodities.

“Trump’s choice of former campaign adviser Stephen Moore to serve on the Federal Reserve Board is stirring misgivings among some bankers,” reports Politico.

“Economists are furious,” according to QZ. “The news has been met with a heady combination of derision, bafflement, and general hullaballoo, with Moore variously described as ‘a loyalist, not an expert’.”

“He simply does not have the intellectual gravitas for this important job,” sniped snooty Harvard economist Gregory Mankiw, who formerly worked in the George W. Bush White House.

Alarmist Washington Post columnist Catherine Rampell warns that Moore could “inflict more long-term damage than any of Trump’s other nominations.”

A presidential appointment to the Federal Reserve Board of Governors is normally a mundane event that generates little public concern or controversy. All presidents – Republican and Democrat – tend to draw from the same pool of pre-approved insiders.

President Trump heeded the habits of his predecessors in elevating Fed institutionalist Jerome Powell to the position of chairman. Trump soon came to regret his Powell pick, however, publicly berating him over his support of interest-rate increases.

Trump tried deferring to the monetary establishment. Now he is sending it a sharp rebuke in the form of Stephen Moore.

The pro-establishment pack media is pouncing on Moore, with The Economist calling him “unfit for the Fed,” NPR claiming he “wouldn’t be good,” CNN complaining he owes $75,000 in taxes, and Bloomberg fretting he “would jeopardize the Fed’s hard-won reputation for fairness and independence.”

An intact Fed reputation for being “fair” and “independent”? That is fake news for sure!

The Federal Reserve Has TRASHED Its Own Reputation

The financial media is trying to gaslight its readers into forgetting how the central bank has trashed its own reputation.

The Fed’s actions during the 2008 financial crisis – bailing out large financial institutions, picking winners and losers, pumping trillions of dollars into the bond and mortgage markets – revealed it to be beholden to the interests of bankers and politicians.

Stephen Moore’s critics say he is too political for the “independent” Fed. But, in reality, he wants to make the Federal Reserve less susceptible to political influences and less of an overarching mover of markets.

Under Moore’s proposal, monetary policy would be guided by the movements in a basket of commodity prices.

Real assets would largely substitute for the arbitrary opinions and forecasts of the so-called experts at the Fed (who have a near perfect track record of failing to anticipate recessions and market crashes, many of which are actually caused or exacerbated by the Fed itself).

The commodity price rule would in theory have a constraining effect on monetary policy, similar to what a gold standard does.

But whereas a gold standard backs up the value of the currency and ensures stable price levels over time, a commodity basket under Moore’s rule would merely serve as a reference point. The currency wouldn’t actually be backed by physical commodities. The monetary system would still be fiat in nature.

While sound money advocates would prefer a return to precious metals defining the value of the dollar, that won’t happen anytime soon.

A fundamental transformation of the monetary system will probably have to wait for a currency crisis to come that causes a widespread, global loss of confidence in Federal Reserve Notes.

In the meantime, monetary reformers should be encouraged by President Trump’s newfound willingness to shake up the Fed.

If he can get Moore confirmed by the U.S. Senate to a seat on the Federal Reserve Board, sound money advocates would finally have an ally there – at least to the extent that he wants to diminish the arbitrary power wielded by central bankers over the economy. 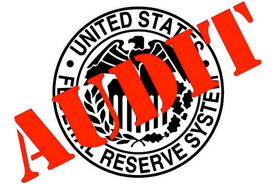 Moore also advocates greater transparency in the notoriously secretive and swampy Federal Reserve System. He has called for the establishment of an independent monetary commission to audit and report on the Fed’s books, echoing candidate Donald Trump’s calls in 2016 to audit the Fed.

As Moore puts it, “Donald Trump wanted to drain the swamp. The Fed is the swamp.”

As Fed apologists conceive it, their privately owned banking cartel is akin to a pristine sanctuary that Trump now threatens to despoil. According to Vanity Fair’s William D. Cohan, “Like nearly everything he touches, Donald Trump is now in the process of thoroughly debasing the Federal Reserve...”

“Debasing” is an interesting word choice. Like nearly every liberal journalist who makes a living penning anti-Trump hit pieces, Cohan fails to appreciate the irony of his hyperbolic attacks.

The Federal Reserve is literally an institution of debasement! It has been engaged in a steady campaign of debasing our money since its inception in 1913.

Under the Fed’s stewardship, dollars are no longer redeemable in gold. Quarters and dimes are no longer minted from silver. Even pennies, once made of solid copper, have been debased to cheaper zinc.

Since 1913, the currency has been so thoroughly debased, it has lost close to 97% of its value!

Moore wouldn’t (and couldn’t) reverse the debasing, to be sure. But his nomination does represent an important challenge to prevailing monetary policy orthodoxy – as evidenced by the hysterical reactions against him in the fake news media.