As gold and silver markets continue in choppy trading this spring, bulls are hoping a dovish Fed will sink the dollar and lift the metals.

Now that the Federal Reserve is on “pause” – presumably for the rest of 2019 – perhaps investors can stop obsessing over interest rate decisions by central planners. Perhaps markets can finally trade based on actual market signals and underlying fundamentals. 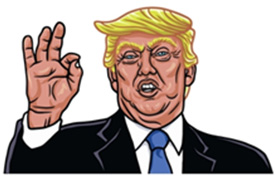 With 2020 election campaigns already underway, interest rate policy will be a political football in the months ahead. Incumbent administrations almost always favor lower interest rates heading into their re-election bids, and this one is no exception.

No president has been more aggressive (or more open) in trying to nudge the Fed toward easy money than Donald J. Trump.

He has repeatedly berated Fed Chairman Jerome Powell for pushing interest rates too high. Unsatisfied with the Fed’s recent decision to stop hiking rates, President Trump last Friday called for a new round of stimulus. “I would say in terms of Quantitative Tightening, it should actually now be Quantitative Easing,” Trump told White House reporters.

As part of Quantitative Tightening, the Fed continues to unload billions of dollars of assets every month. The program of balance sheet shrinkage will come to a premature end by September, as confirmed by recent statements from policymakers.

On Wednesday, the central bank’s “Open Market Committee” released the minutes from its March meeting.  Participants decided the Fed will soon stop selling Treasuries and other paper assets on its $4 trillion balance sheet and stand pat on rates.

“A majority of participants expected that the evolution of the economic outlook and risks to the outlook would likely warrant leaving the target range unchanged for the remainder of the year,” the minutes stated.

Some policymakers, however, wanted to leave the door open to hikes in case the economy gathers strength. Futures markets aren’t giving much credence to that possibility.  In fact, they are currently pricing in virtually no chance of a rate increase and a far greater chance that the Fed moves to cut rates later this year.

In terms of near-term easing, perhaps President Trump will get his way, after all.

Trump to Fill Two Fed Seats with His Supporters

Trump is currently trying to re-shape the Fed through two “outside the box” nominations to the Board of Governors – Stephen Moore and Herman Cain.  Though they have each criticized the Fed in the past for being too loose, they now more or less embrace Trump’s calls for easy money.

Regardless of whether they get confirmed by the Senate (where some establishment Republicans including Mitt Romney have signaled reticence), the Fed will likely continue pursuing accommodative monetary policy. Fed officials had wanted to “normalize” but stopped short of that goal.

They will likely never “normalize” unless we’re talking about the “new normal,” which is zero to negative interest rates in real terms.  The highly leveraged U.S. economy and stock market are too fragile for high interest rates.  The federal budget deficit is too large.

In March, the government spent $376 billion while taking in only $229 billion in tax receipts – a $147 billion deficit.  Uncle Sam’s tax bite actually grew at both the individual and corporate levels compared to the previous year.

Therefore, the Trump tax cuts aren’t to blame for the deficits. But President Trump’s failure to impose spending discipline on Congress surely is.

Despite vowing to “drain the swamp,” to date he has issued only one veto during his entire presidency. It was to uphold his emergency declaration on the border and had nothing to do with blocking wasteful Congressional outlays.

The long-term outlook for federal finances is bleak. In the years ahead, reckless U.S. fiscal policy will pressure the central bank to step in with new Quantitative Easing programs to monetize government debt.

The implications for the value of the Federal Reserve Note dollar are negative; the prospects for precious metals markets, positive.

However, it’s worth recalling that the last round of Quantitative Easing ended up being something of a dud – no huge hit to the dollar, no runaway inflation, no super spike in gold and silver prices.

The United States continued to be perceived as a safe haven as other countries’ central banks resorted to even more extreme measures, such as imposing negative interest rates.

The Fed hasn’t ruled out taking rates below zero during a crisis.  In such a case, a gold coin would actually produce a higher nominal yield (0%) than a Treasury bill or bank savings account!

Regardless of where nominal rates head, the rate that really matters is the “real” (inflation-adjusted) rate. When paper assets yield less than inflation, they produce a negative real return.  That scenario (negative real interest rates) tends to be quite bullish for hard assets including precious metals.

We expect nominal interest rates on the Federal Reserve Note to return to the low levels of several years ago and head even lower from there.  Real interest rates on our fiat currency will head back into negative territory and probably stay there indefinitely.

Inflation pressures remain subdued officially, but they have been picking up this year in the real world of gasoline and other commodity prices.  Summer driving season could cause more pain at the pump.

With the Fed publicly committed to staying on pause all year, any significant uptick in broader inflation gauges would plunge the current Fed funds rate range of 2.25%-2.5% into negative territory in real terms.

That’s one way for President Trump to get the easing he wants, and rising gold and silver prices would be a good indicator of it.