Trade Wars and Other Black Swan Threats to Your Investments

An unexpected news event caused the stock market to plunge over the past week, with the Dow Jones Industrials losing several hundred points. Stocks had been crawling back up toward new highs last month in low volatility trading…until suddenly, a black swan arrived.

According to Investopedia, “A black swan is an event or occurrence that deviates beyond what is normally expected of a situation and is extremely difficult to predict.” 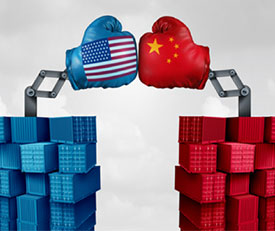 In the current era, a black swan can arrive by way of a simple tweet.

President Donald Trump took to Twitter to announce his administration would impose new tariffs on $200 billion in Chinese goods as soon as Friday while threatening an additional 25% levy on Chinese exports “shortly.”

And then, just yesterday, China retaliated with some new tariffs of its own on U.S. agricultural exports – sending the stock market down again.

In the big picture, the current stock market selloff may not amount to much. It doesn’t appear to be on par with other infamous black swan events such as the 1987 stock market crash. Then again, the current selling could just be the start of a brutal bear market that makes the 2008 financial crisis look mild by comparison.

Markets are inherently unpredictable. They can trend calmly, lull investors into complacency, then turn on a dime and become unstable for reasons nobody could have anticipated.

By their nature, black swan events are difficult to prepare for. They can come in the form of natural disasters – or technological, political, or financial disasters.

How Gold Can Help De-Risk an Investment Portfolio

The best way to prepare for an uncertain future is to become resilient to whole categories of potential threats. One obvious strategy is asset diversification, including into alternative assets held outside of the banking and brokerage systems.

Gold and silver provided a measure of stability and safety over the past week as stocks tumbled. Gold prices have logged some decent gains.

Academic studies have shown that a modest allocation to gold improves the risk-adjusted performance of an investment portfolio. Gold often zigs when conventional financial assets zag.

You don’t necessarily own gold because you think it’s going higher.

If you’re an optimist on financial assets, you may even be hoping that gold prices go nowhere.

But much like you take out insurance on your home in the hope you won’t need it, you own precious metals as a form of insurance against various threats – up to and including a total collapse of the U.S. dollar-based financial system.

Could You Financially Survive These Scenarios?

The demise of the dollar as world reserve currency will likely play out in slow motion in the years to come. But it could be accelerated by any number of potential black swan events.

What if China further retaliates against Trump’s tariffs by dumping its massive stockpile of U.S. Treasuries and revaluing its own currency upward? U.S. consumer prices and interest rates would spike. 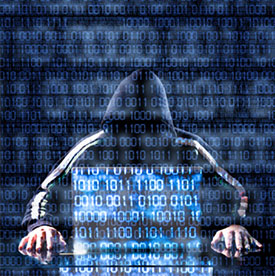 Other black swan threats to the financial system may hit its technological or algorithmic underpinnings.

What if a cyber attack on the Federal Reserve system and/or major U.S. banks halted all electronic commerce in the economy? Security experts at major financial institutions all say that malicious computer hacking is one of the threats that most concerns them.

The whole point of owning gold is that it’s a non-digital asset. It’s completely off grid, whereas cryptocurrencies depend entirely on a functioning and secure internet.

If you own gold in the form of a financial derivative product – whether through a futures contract, exchange-traded fund, or offshore account – you’re not getting the full protection or versatility of physical gold ownership. At the end of the day, gold is a tangible asset that you should be able to touch, transport, and discretely barter and trade with should the need arise.

Of course, gold and other precious metals aren’t the only assets that can help you prepare for black swans.

Given their unpredictability, it’s possible that the next black swan triggers a temporary rush into dollars and Treasuries instead of gold. The next great inflationary meltup might be preceded by a brief deflationary meltdown.

Americans might elect a new socialist president in 2020. Such a political black swan might come as a bigger surprise to markets than Donald Trump’s victory in 2016. It might trigger the biggest stock market crash in history. But in the meantime, the Dow might soar to 36,000.

The point isn’t whether these particular scenarios actually will play out. The point is to consider how your investment portfolio would hold up any conceivable scenario. Because sooner or later, an extreme, unforeseen event will put it to the test.