President Trump moved recently to nominate an avowed sound money advocate, Judy Shelton, to the Federal Reserve Board. That triggered a flurry of superficial and derisive references in the controlled media to Shelton’s past support of a gold standard.

For example, CBS News described her as “a believer in the return to the gold standard, a money policy abandoned by the U.S. in 1971.” According to the story, “mainstream economists believe it's a fringe view.”

As the “mainstream” media portrays sound money advocates, we apparently are nostalgic for the monetary system that existed all the way up until 1971.

Being backward looking by nature, our driving purpose in life is apparently to salvage that “abandoned” system.

Never mind the fact that the post-World War II Bretton Woods gold window that existed until 1971 was meant to ensure U.S. dollar hegemony in international trade – not sound money for the people.

Never mind the fact that the Federal Reserve’s creation back in 1913 spelled the death of sound money. We apparently endorse any purported “gold standard” that calls itself that.

We persist despite the fact that our views have been relegated to the “fringe” by all the approved experts. Establishment economists may not have seen the financial crisis of 2008 coming, but they sure know what’s best for the economy going forward! And what could be better than a debt-based fiat monetary system that facilitates unlimited government spending and borrowing?

In all seriousness, we are grateful for the opportunity provided by Judy Shelton’s expected nomination to the Fed to clarify what sound money is, what it would mean for a modern economy, and how it might be implemented.

Sound money has intrinsic value, is stable, is trusted, is fungible, and has widespread acceptance. It need not necessarily be gold, although thousands of years of history have shown the yellow metal ably fills that role – even today.

Often overlooked, even among some sound money advocates, is silver. It arguably has a longer history than gold of being circulated as money.

The Founders wrote a bi-metallic gold-silver standard into the United States Constitution. Article 1, Section 10 makes it explicit: “No State shall… make any Thing but gold and silver Coin a Tender in Payment of Debts…”

The Coinage Act of 1792 defined a dollar in terms of silver. Specifically, a dollar was to be 371.25 grains (equivalent to about three-fourths of an ounce) of silver, in harmony with the Spanish milled dollar.

Even before the creation of the Federal Reserve in 1913, certain banking and political interests had worked to de-monetize silver.

In 1873, Congress moved to sideline the silver dollar. That sparked the so-called Free Silver Movement, which stood for allowing the supply of silver coins to be increased in accord with demand.

In 1893, populist orator William Jennings Bryan gave his famous “Cross of Gold” speech before the Democratic National Convention: “We shall restore bimetallism… If they dare to come out in the open field and defend the gold standard as a good thing, we shall fight them to the uttermost…by saying to them, you shall not press down upon the brow of labor this crown of thorns. You shall not crucify mankind upon a cross of gold.”

The money of today’s financial and political elites is the unbacked Federal Reserve Note. The arbitrary power of central bankers to create currency out of nothing has resulted in bubble after bubble in real estate, stocks, bonds, student loans, and government spending commitments.

Sound money proponents believe that artificially inflating certain sectors of the economy fosters waste and inefficiency – not to mention unfairness.

We believe that markets become corrupted when they are driven by particular words or syllables contained in policy statements issued by a central bank.

Moving to a rules-based, gold-pegged, or commodity-pegged system (as Trump economic advisor Stephen Moore has proposed) would reduce much of the drama and impact of Fed policy decisions by effectively making them automatic.

But the purpose of sound money isn’t merely to tie the hands of central bankers. It is to replace Federal Reserve notes and other fiat currencies with currency that is as good as gold (or silver).

Our friend Larry Parks of the Foundation for the Advancement of Monetary Education argues that even going back to the classical gold standard would still leave bankers and politicians with too much power.

Under a gold standard, government would still enforce Federal Reserve Note acceptance through legal tender laws, would be engaging in price fixing by setting the exchange rate to gold, and would almost certainly cheat the system over time through revaluations and manipulations.

Gold & Silver Themselves Can Supplant All Proxies

Ideally, sound money would spring from market forces, with gold and silver warehouse receipts (and digital equivalents) from the most reputable private vaults and banks gaining acceptance as currency.

Working backward from a monopolistic fiat system toward sound money presents a number of philosophical and technical challenges.

Some hard money purists might disagree, but in our view the advent of digital currency platforms is one of the likeliest ways for gold and silver to attain more widespread circulation as free-market money. 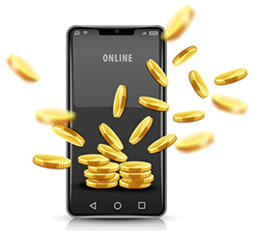 Debit cards and smartphone apps linked to accounts backed by – and denominated in – precious metals are in development, as are gold and silver-backed cryptocurrencies.

But in an era of e-commerce putting shopping malls and big box retailers out of business, most consumers won’t use money that can’t be spent digitally.

The upshot is that people who feel comfortable using a digital silver in transactions might also grow comfortable exchanging their digits back into silver coins.

A modern sound money system won’t be established overnight. Steps toward it can be made through both free-market forces and political activism aimed at freeing precious metals from taxes, legal tender laws, and other impediments to free competition with the fiat dollar.