Monday’s spike in crude oil prices could be a game changer – for geopolitics, for the economy, and for investors.

Normally it would be foolhardy to draw big, sweeping conclusions from a single day’s trading activity. 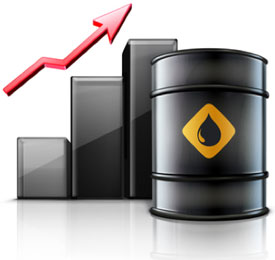 But in this case, it’s not just the fact that oil prices surged 13% to over $62/barrel. Or even the fact that more than 5% of the world’s oil producing capacity suddenly got taken offline.

The world can cope with volatility in the energy market. An increasingly volatile environment for all assets presents much greater challenges.

But few investors are positioned to cope with the rising risk of war in the Middle East. Few are prepared for the prospect of persistently higher energy prices and higher inflation. Even fewer are taking steps to insulate their portfolios from future black swan events.

Black swans by their nature are impossible to predict. No one saw a devastating drone strike on Saudi Arabian oil production facilities coming.

Delivering the biggest single blow in history to the global oil supply turned out to be surprisingly easy.

Unfortunately, it may be just as easy for terrorists or rogue states to target electrical grid infrastructure, nuclear power facilities, computer systems, or gatherings of world leaders. A single, crudely executed strike could not only inflict disproportionate damage to the global economy but also potentially trigger a full-scale war.

President Donald Trump says the United States is “locked and loaded,” ready to attack Iran for its alleged role in shuttering the Saudis’ oil facilities.

Republican Senator Lindsay Graham is suggesting we bomb Iranian oil refineries in retaliation – a move that could trigger another oil price spike and possibly provoke a Russian response.

Things have escalated rapidly since President Trump controversially planned – then cancelled – a meeting with the Taliban last week. He then proceeded to fire his national security advisor, John Bolton, who had been pushing for war with Iran.

That upset some of the war hawks on Capitol Hill. But the sudden attack on our putative ally Saudi oil machinery gives them one of their best opportunities to push Trump toward war.

How can investors best position for rising risk factors in heretofore sanguine markets?

The major stock market averages fell, but only modestly. There was no indication of panic selling taking hold.

Of course, the government’s Plunge Protection Team had the weekend to get circuit breakers on the exchanges in place. President Trump also vowed the U.S. would stand ready to tap the Strategic Petroleum Reserves if necessary to boost oil supplies.

Investors appear to still be largely complacent when it comes to the threat of future oil spikes.

For the past few years the conventional wisdom has been that oil supplies are plentiful and therefore prices should remain low. But those low prices reflected, to some extent, complacency about geopolitical risks.

Low oil prices have wrecked many marginal producers. Frackers and deep-sea drillers have been practically obliterated during a brutal bear market for the oil and gas sector that extended into this summer. It could leave a legacy of severe under-investment in oil production capacity.

The last five recessions were each preceded by a run-up in crude prices of at least a 90%, according to DataTrek Research. A one-day spike won’t trigger a recession, but we are very late into the economic cycle where the energy sector typically assumes leadership, before the economy and stock market roll over.

A surge in oil prices would put the Federal Reserve in a tough position. Rising energy costs hurt consumers and raise the odds of a recession. But if the Fed tries to help the economy by stimulating, it risks pushing energy prices, and price inflation more broadly, even higher.

If the Fed cuts rates again this week as expected, it will be betting that the oil spike is transitory and that inflationary pressures remain well contained.

The markets will have their say after the central bank releases its policy statement on Wednesday. If investors sense monetary policy is heightening inflation risk, they will likely bid up precious metals.

Physical precious metals are, in a very real sense, a form of stored energy. It takes an immense amount of energy to mine ore from the earth and refine it into lustrous gold and silver coins you can hold in your hand.

Higher energy and labor costs will ultimately translate into higher production costs for metals and higher spot prices. A surge in safe-haven demand from investors could have an even bigger, more immediate impact.

Perhaps one day headlines will appear throughout the mainstream media describing gold and silver price shocks that nobody saw coming.