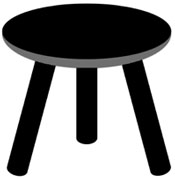 A case can be made that silver's current price “stability” – believed by many to be well below where it "should" be – is the result of at least three interlocking factors.

There are certainly other considerations, but the following seem especially relevant today…

Our chosen metaphor is the three-legged stool. Take one leg away, and the stool topples. In the case of silver, the outcome is likely to be a violent price rise of epic proportions.

In recent months, a series of criminal charges and admissions among banks, trading houses and their employees have begun to expose unfair and/or illegal trading practices. They have detrimentally influenced metals markets for many years, according to critics which include Ted Butler and the Gold Anti-Trust Action Committee (GATA).

Their illicit activities include "spoofing," i.e. placing, then withdrawing large orders to cause investors to panic/offset a position, or risk a margin call; creating almost unlimited sell orders in the futures markets to break a bull rally's back; writing derivatives to create/lease out more "paper metal" than is physically produced each year; and perhaps even collusion with government agencies to manipulate gold and silver prices as a tool of foreign policy.

Manipulation has become so widespread and blatant that the government is now leveling racketeering charges. How it all shakes out is anyone's guess, but this can't help but bring increased transparency in restoring supply/demand balance to markets sorely in need of it.

Virtually all the precious metals, some base metals, and the PGMs (platinum and palladium) are currently mired in a series of systemic factors calling into question the ability of producers to reliably meet marketplace demands through the end of the next decade.

Longer discovery-to production-timelines – often by many years, due to environmental concerns and country risk – add more complexity and unpredictability to the mix.

Large, already-producing mines in some of the most mineral-rich countries on the globe – Peru, Mexico, Argentina and Chile – face water access, community-relations and country taxation issues. They call into question if a given project is worth risking additional millions (sometimes billions) of operational capital just to keep it going.

These issues, affecting mining around the globe, have for the last decade weighed on annual metals' production – even as imports to Asian countries continue at a blistering pace. 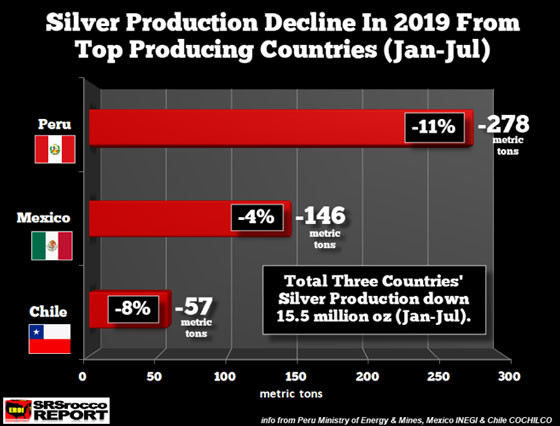 The most difficult to quantify, contain, and solve hydra-headed factor of all... is the global debt overhang/negative interest rate/cash-destruction trap.

This new "river of no returns" is becoming a systemic threat. It will at some point drive people across the board to one of the few options left: the historic utility and safety of gold and silver.

Global debt now exceeds a mind-boggling $250 trillion. As it rises, waves of money and credit chasing yields have driven rates to historic lows.

At some point in the near future, the overburden of mispriced assets will inevitably decline in value. Negative interest rate victims, be they in savings accounts or underfunded pension plans, will be trapped.

Add to this an outbreak of inflation as massive amounts of money chases a limited supply of negatively-correlated assets – e.g. gold and silver – and a "run for the gold" lasting multiple years is almost a certainty.

Issues #1 and 2 above can possibly be contained. But printing money to infinity in support of never-to-be-repaid debts threatens a contagion imploding the entire financial house of cards.

European central banks have already sold over €15 trillion in negative interest bonds! Now the proverbial chicken – being penalized at the retail level for trying to save – is coming home to roost.

A government-backed digital currency is the likely next step. Sweden is looking at rolling out its own version called the "e-krona." And, of course, China has an e-currency modeled on the renminbi.

Implications for consumers of moving from positive interest rates and physical cash to a "new normal" of negative rates and digital currencies are profound – and mostly negative. You will be penalized for what you do not spend; and will have virtually no privacy, since every item purchased with "digital cash" gets recorded.

The core function of interest rates – signaling the viability in making business and personal expenditure decisions, will have been completely silenced.

Perhaps the biggest takeaway from these events is that Fed stimulus is a one-way train... (It) is better understood as an addictive drug. The Fed can never withdraw it without crippling or killing the markets. Plus, there's always the risk of an overdose.

This kind of increasingly clueless monetary behavior weakens the leg of fiscal management that provides an artificial "lid" holding down silver bullion prices.

When, not if, the "Iskra" – meaning "spark" in Croatian, is lit by high volume European and North American retail buying, you can expect supply – the third and final leg keeping silver prices reasonably stable – to be pulled out from under the market.

Start protecting your assets by acquiring the insurance benefits and profit potential that physical gold and silver now provide.