The Silver and Gold Eagles, considered to be the most popular bullion coins in the world, will finally be getting a face lift… or least a “tail” lift. 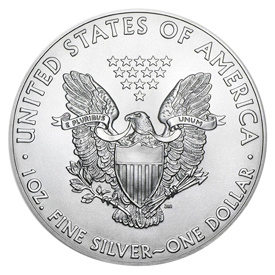 As a result of legislation backed by Senator Jesse Helms and Congressman Ron Paul, the U.S. Mint first struck Silver and Gold Eagles in 1986. The iconic design has remained the same since the coins were first minted over three decades ago.

The obverse of the Silver Eagle has featured Adolph Weinman’s famous “Walking Liberty” along with the year at the bottom of the coin’s front side. This design was first used on the Walking Liberty half dollar in the early 1900s.

While the obverse will remain unchanged, the silver American Eagle’s reverse will undergo changes in 2021.

Sculptor-engraver John Mercanti, who created the Heraldic Eagle on the coin’s reverse, will see his design replaced by a new motif starting with the 35th anniversary coins to be released next January.

These changes will mark the first design change of any kind on either side in the coin’s history.

As for the 2021 Gold Eagle design, the obverse will also remain unchanged and will continue to feature Augustus Saint Gaudens’ magnificent striding Liberty image, first made famous on the Double Eagle gold coin minted between 1907 and 1933. 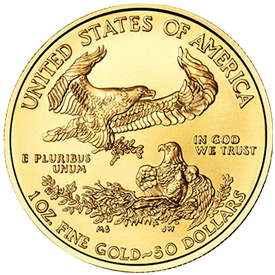 However, Miley Busiek’s “Family of Eagles” reverse will be changed out for a new scene starting with the 2021 coins.

As we near the end of 2020 and word of the 2021 changes becomes common knowledge, look for a mad dash by those clamoring at the last opportunity to purchase newly minted coins with the original design.

If the new Gold and Silver Eagle designs are not well received by the public, the frenzy to buy the 2020s may be even more intense.

Based on the government-run Mint’s failure to keep up with demand during periods of heavy buying, a shortage (and thus rising premiums) may be in the cards later this year. Time will tell.

Mike Gleason is a Director at Money Metals Exchange, a precious metals dealer recently named "Best in the USA" by an independent global ratings group. A graduate of the University of Florida, Gleason has extensive experience in management, sales and logistics as well as precious metals investing. Gleason has hosted a weekly precious metals podcast since 2010, a program listened to by thousands each week.