Gold and silver markets are inching closer to embarking on new uplegs. Silver outperformed last week and appears to have the momentum behind it to lead a fresh precious metals breakout.

Silver prices will run into some overhead resistance just above the $16/oz level. Once broken, that technical line on the weekly chart could serve as a springboard for a run toward $19/oz – and ultimately higher. 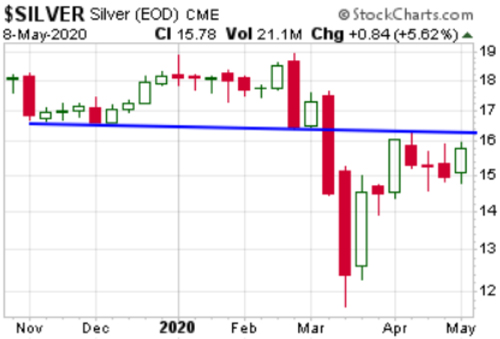 Zooming in on the daily chart, silver is trading solidly above its 50-day moving average for the first time since late February, suggesting a breakout is indeed in progress. 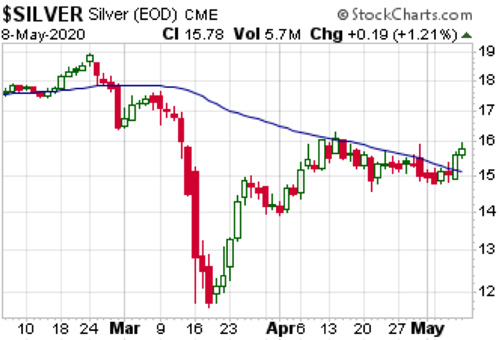