Summertime Sizzle for Gold and Silver

In early July, gold and silver each broke out to fresh multi-year highs. The yellow metal is within striking distance of new all-time highs and the headlineworthy figure of $2,000/oz.

The white metal, meanwhile, has a lot of catching up to do. And as it does, the gains in percentage terms could be explosive. 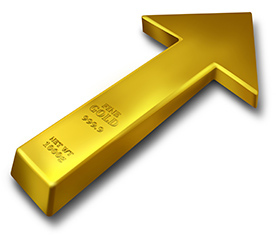 Silver has already packed on 60% since its March panic-selling low. Importantly, it has shown leadership by narrowing its ,historically large discount to the gold price.

Also showing leadership are the precious metals miners. The notoriously volatile mining sector attracts speculators and smart-money insiders alike. It often serves as a leading indicator for the metals.

Since bottoming in March, the HUI gold mining stock index surged over 90% into the dog days of summer. If gold miners begin to underperform or diverge negatively from the gold price, that would be a warning sign for the gold market. It would suggest a significant pullback is likely coming.

So far since the March lows for miners and precious metals, we have not seen any such warning signs.

Of course, there are always risks – both known and unknown – to any bull market advance. Virus risks and political risks heading into election season could drive renewed market volatility.

Will the U.S. stock market be susceptible to another epic plunge by the fall? Possibly.

The Federal Reserve and the rest of the “Plunge Protection Team” will certainly do their best to keep asset markets propped up. At some level, they will almost certainly succeed. There is a strong correlation between growth rates in the Fed’s balance sheet and directional moves in the S&P 500.

The question is: If the Fed prevents a wave of bank failures and municipal bankruptcies while jacking the stock market up to new all-time highs, then at what cost?

There ain’t no such thing as a free lunch – not even for Wall Street.

Inflation Threatens to Heat Up

Inflation rates have the potential to surge in the months ahead, especially if coronavirus-depressed global economic demand recovers. 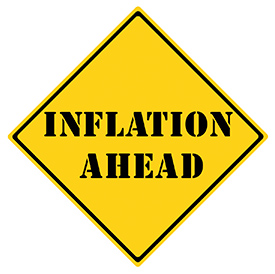 The Producer Price Index has yet to show any broad rises in wholesale prices.

But disrupted supply chains for a host of commodities and manufactured products are showing signs of stress and instability.

Consumers are feeling the pain of rising food (especially meat and dairy) costs. Pent up demand for discretionary consumer goods could soon trigger price spikes in other categories as well.

Asia and Europe appear to be faring better than the U.S. in terms of limiting the spread of the virus.

Their economies may thus be positioned to recover more strongly.

As U.S. COVID-19 cases continue to rise (even as the case fatality rate falls), even more state-by-state economic (re)lockdowns may occur. That means more calls for economic bailouts and stimulus measures – which, if enacted, would further exacerbate upward pressures on deficits and money printing.

The U.S. dollar is vulnerable to being debased – and possibly even ditched by large foreign holders including China. A bearish outlook for the U.S. dollar implies a bullish case for hard money – gold and silver.