U.S. Mint To Reduce Gold & Silver Eagle Production Over The Next 12-18 Months 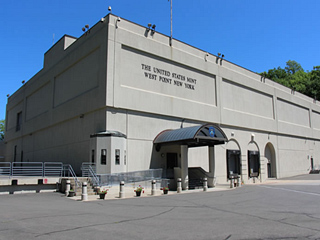 Due to measures taking by the West Point Mint to protect workers from the virus, the production of gold and silver coins will be reduced over the next 12-18 months. By enacting these worker policy changes, the U.S. Mint will not be able to produce gold and silver bullion coins at the same time. Thus, if demand continues to be strong for Gold and Silver Eagles, we could see higher premiums in the future.

To cope with demand, the Mint is now asking dealers to provide their 10-day and 90-day forecasts for demand for the first time ever. That will allow it to decide what products to make as some are more labor-intensive than others, according to the document. If the Mint decides to make one-tenth of an ounce of gold, for instance, it must cut production of American Eagle Silver coins.

This makes perfect sense why the sales of U.S. Mint Silver Eagles have been so low compared to Gold Eagles. Because the U.S. Mint cannot produce gold and silver bullion coins simultaneously, Silver Eagle sales are likely going to suffer the most.

However, I found it quite interesting that the U.S. Mint is asking for the Authorized Dealers to provide 10-day and 90-day forecasts for their demand, the first time ever. I imagine these Authorized Dealers will be asking for more Silver Eagles than they are currently receiving. Especially after the most recent sales update on the U.S. Mint website: 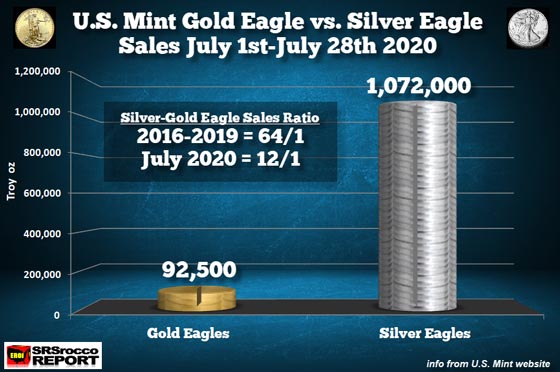 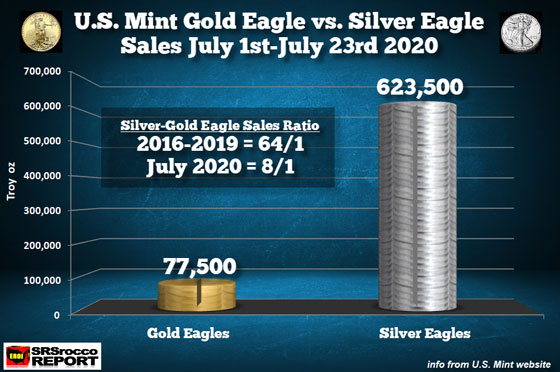 So, it seems over the last week; the U.S. Mint focused more on Silver Eagle production. I have noticed on several large online dealer websites, availability for Silver Eagles is still 2-3 weeks out.

After gold and silver experienced a significant correction late last night, both recovered during trading in the U.S. markets. However, it looks like the correct continues in early Asian trading.

Over a week ago, on July 22nd, I posted this weekly chart of silver: 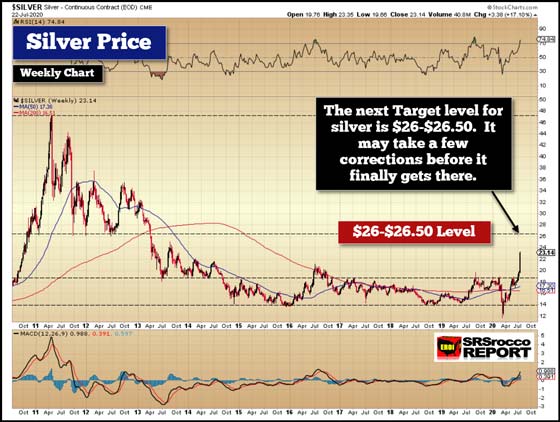 Well, if we look at what happened to silver last night when it went up another $1.50 in early Asian trading, it touched that $26-$26.50 TARGET area before correcting. These levels are like MAGNETS for traders. Once silver reached that target level, then we saw the significant correction. Here is the Silver Weekly chart as of close today: 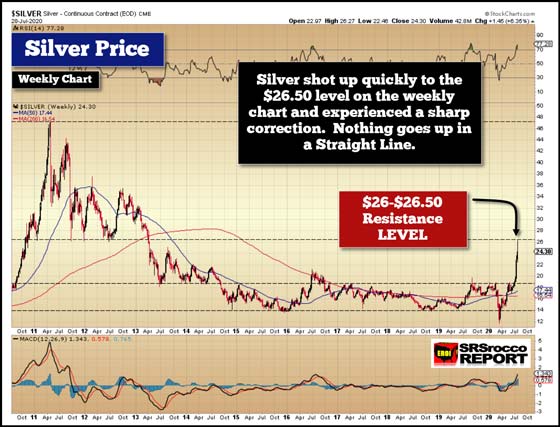 So, after silver jumped above the $25 level, it quickly reached the $26 level and then corrected lower. We should remember, nothing goes up in a straight line. While many of us are excited that silver is seeing some nice life in the price action, those who think we are going to get to $30-$50 in the next few weeks, are setting themselves up for disappointment.

While I knew a correction in the metals was coming, I didn’t think we would see silver fall $4 in just a few hours last night before reversing higher by $2—such a crazy market.

As the Fed and central banks continue to prop up the U.S. and global economy with money printing and liquidity, the fundamentals for gold and silver will only get better. But, it will take some time for the metals to move up to those higher levels.

I will continue to put out Market Updates on the metals on a more regular basis.