The Gold and Silver Dam Breaketh

Ask precious metals' holders and chart technicians what in the last 6-8 weeks stands out in their mind and they will point to the breakout of gold and silver above areas which had contained them for almost a decade.

Gold rocketed without pause to $2,070. Silver, though still well below record nominal dollar highs, sliced through $26, which was supposed to be a lid on prices until next year.

A litany of "price pullers" we've long discussed in our essays – government deficit spending, lagging metals' production vs. exploding demand, and an almost complete absence of big discoveries have all played a part.

But these are relative symptoms. I believe that several new and hard to quantify root causes are set to become critical drivers in their own right.

The interplay of these new factors means that all bets are off in terms of how high, how violently up and down, and how vigorously the rest of this secular gold and silver bull run – over at least the next several years, will play out.

As Dorothy tells her dog Toto in The Wizard of Oz, after riding the tornado and landing with a bump... "We're not in Kansas anymore."

What follows are two "finishing touches" to this uber-bull narrative. The third element – a "capstone event" – took place in early August.

Combined with the "volcanic tremors" discussed above, these volatile elements should soon lead to "a pyroclastic explosion" in the price of gold, silver and the miners which produce them.

National Geographic defines my metaphor as,

"... a dense, fast-moving flow of solidified lava pieces, volcanic ash, and hot gases... extremely hot, burning anything in its path...Pyroclastic flows often occur in two parts. Along the ground, lava and pieces of rock flow downhill. Above this, a thick cloud of ash forms over the fast-moving flow. (It) can transform the landscape drastically in a short period of time.”

#1, The "M" Factor: Millennials, the cohort born between 1980 and 2000 are today's largest generation – bigger than the record-sized Baby Boomers. Their sheer numbers will have an outsized impact on the markets. One investment approach that a fair number are taking is...

#2, The "R" Factor: Robinhood.com is a "no-commission" trading site that allows trading from relatively small accounts. Millennials are flocking to it in droves. 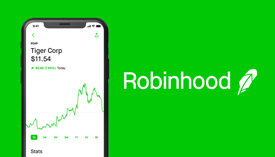 There's even a related site that tracks how many Robinhood investors hold a given stock. Interestingly, not just Tesla and Apple, but also gold and silver mining picks are showing up on this screen. And you can bet your bottom fiat dollar that they're buying physical metal too!

#3, The "WB" Factor: Warren Buffett is arguably the most successful investor alive today. During the "early days" a friend of mine bought just 4 shares of Berkshire Hathaway and lived off the increased value and splits for the rest of his life! Though Buffett's late father was a proponent of gold as money, he has himself been a naysayer for many years.

One of Buffett’s many comments was that "Gold gets dug out of the ground in Africa, or some place. Then we melt it down, dig another hole, bury it again and pay people to stand around guarding it. It has no utility."

However, after having sold off his airline holdings and much of his bank stock position this spring, he decided to buy $560 million dollars of Barrick Gold (NYSE:GOLD), the world's second largest gold miner!

The implications of this monumental philosophical turnaround will be massive, far-reaching, and enduring.

Here's what "Plunger," the resident Market Historian at Rambus1.com (one of the very best technical analysis sites I know of and to which I am a paid subscriber) has to say:

I cannot overemphasize how significant this is.

Buffett has been the dam, holding back the great flood of investment dollars into the gold bull market. As long as Buffett steered clear, the lemming institutional money managers would avoid the sector as well. The dam broke on Friday afternoon after the market closed when Berkshire’s 13f filing was publicly released revealing he had bought about $500m of Barrick last quarter. He’s now given tacit permission that the average investor needs to own some gold stocks. Don’t think people won’t notice.

This sector was always going to be an asymmetric trade once the third leg of the secular rise got underway, even as the shakeout of the last nine years was brutal and unforgiving.

Sadly now, a number of those who had held on are washing out, and have been selling their physical metal at break-even levels, or for "a tidy profit."

I understand their motivation from the dark times and false starts, but they might want to take a second look.

If this scenario sounds logical, there's no dishonor in getting back in, even at a higher price. And if you're still fence-sitting about at least getting a reasonable amount (by your definition) of hold-in hand gold and silver, that last train sure looks to be heading out of the station.

Personally, I'm willing to accept the risk that goes with taking action because sometimes it can be even more risky not acting. I've gone through the last 9 years with the bear nipping at my heels just like you have. But I'm still showing up.

Whether the next impulse G/S leg above $2,100 and $30 respectively gets underway tomorrow, in October, or next year is irrelevant to me.

Top-tier investor Rick Rule has a motto that resonates. He says, "You've gone through the pain, now get ready for the gain!"