Contrary to much politically motivated, media-fueled paranoia about Russia, the former Soviet Union – with a shrinking population and a GDP smaller than the market capitalization of Apple – poses no serious threat to U.S. economic preeminence.

China, by contrast, is a rising superpower that could in time topple the U.S. dollar’s world reserve status. That could also signal the end of U.S. geopolitical hegemony. 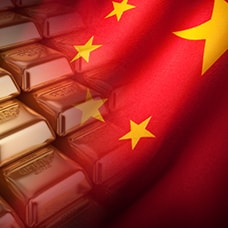 The Chinese Communist Party is playing a long game.  Even as conflicts with the administration of President Donald Trump escalate on multiple fronts, Chinese officials are looking ahead to a post-Trump world order.

President Trump said in a Fox News interview Sunday, “If Biden is elected, China will own our country.”

But China evidently does have an actual stake in the Biden campaign.

According to a recent report from the U.S. government’s National Counterintelligence and Security Center, “We assess that China prefers that President Trump – whom Beijing sees as unpredictable – does not win reelection. China has been expanding its influence efforts ahead of November 2020 to shape the policy environment in the United States, pressure political figures it views as opposed to China’s interests, and deflect and counter criticism of China.”

In other words, China may be actively trying to sway the election for Biden.

It’s not difficult to imagine why Beijing would like to see Trump defeated. No modern U.S. President has been more openly critical of the regime or engaged in more direct actions to thwart some of its economic objectives.

Hopes of an amicable resolution to the trade war were dashed after the Wuhan coronavirus spread to American cities.

Since then, the Trump administration has moved to ban the Chinese-controlled smartphone app TikTok and de-list Chinese companies from stock exchanges.  The U.S. closed China’s consulate in Houston, and China retaliated by kicking out some U.S. diplomats and journalists.

So far, however, China has continued to retain more than $1 trillion in holdings of U.S. Treasury securities.  (At the same time, though, China has been stockpiling huge amounts of gold.)

The world’s second largest economy still relies heavily on U.S. dollars for banking and trade with other countries. That dollar reliance will change in the years ahead if China gets its way.

The China Banking Regulatory Commission recently noted in a Communist Party publication, "In an international monetary system dominated by the U.S. dollar, the unprecedented, unlimited quantitative easing policy of the U.S. actually consumes the creditworthiness of the dollar and erodes the foundation of global financial stability.”

It added, "The world may once again be pushed to the verge of a global financial crisis."

Chinese authorities need only sit back and wait for the U.S. dollar to steadily lose credibility on the world stage. The U.S. government is running a record-high budget deficit on top of what was already the world’s biggest debt load.

Meanwhile, the Federal Reserve is running Quantitative Easing on full blast with a vow to increase the rate of inflation (i.e., currency depreciation).

Neither Trump nor Biden offer any plausible solution to America’s financial predicament. Americans face a future of more borrowing and more printing… until America’s pain-free ability to do so expires along with the Federal Reserve Note’s privileged status.

Famed economist Nouriel Roubini wrote in a column Monday, “If the coming decades bring what many have already called the ‘Chinese century, the dollar may well fade as the yuan (also known as the renminbi) rises. Weaponization of the dollar via trade, financial, and technology sanctions could hasten the transition.”

Beijing is developing a digital yuan that could help accelerate international use. It’s unlikely, however, that a global “yuan standard” will emerge immediately to replace King dollar.

China has credibility issues of its own, including human rights abuses, opaque capital markets, and unreliable economic data.

The ultimate alternative to a fiat currency standard for both individuals and nations is gold.

While neither China nor the United States is likely to declare a return to a gold standard, global markets could effectively impose one by revaluing the price of gold to reflect what would be required to back currencies.

For example, geopolitical and economic forecaster Jim Rickards sees gold rising in the years ahead to reflect a price, in terms of Federal Reserve Notes, that would be necessary to back all the currency in circulation.  Based on current money supply figures, he sees gold needing to go to at least $15,000/oz.

Rickards’ $15,000/oz target may seem at first glance to be outlandish. But is it any more outlandish than the Dow Jones Industrials trading at over 28,000 right now? Or Apple shares commanding a $2 trillion market value? Or total stock market capitalization being 170% of GDP?

An excessively inflated stock market is but a symptom of underlying monetary excesses.  When the party on Wall Street finally comes to an end, investors may come to realize that in this environment cash isn’t king – whether in the form of dollars or yuan.

Gold and silver are.