Will Precious Metals Investors Get the Last Laugh?

Financial markets have become a complete joke. From GameStop to Dogecoin to non-fungible tokens (NFTs), a plethora of assets have been pushed to laughable heights with the help of the Federal Reserve’s funny money. 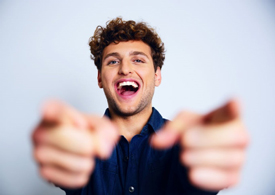 Just about everyone, except for stone-faced Fed officials, seems to be in on the joke.

During the “Weekend Update” segment, Musk appeared in character as a cryptocurrency guru. He admitted Dogecoin began as a joke.

“What is Dogecoin?” Musk was repeatedly asked. The punchline was that any answer he gave failed to explain what it actually is.

Whatever it is, Dogecoin climbed to over $80 billion in value after a crazy 130-fold rise this year ahead of Musk’s SNL gig.

“It's a hustle,” Musk finally confessed, after quipping that Dogecoin is “about as real” as the U.S. dollar.

He has a point. Neither dollars nor Dogecoins have any tangible backing. Their value is essentially made up.

Musk’s SNL bit caused the Dogecoin market to swing wildly, with the cryptocurrency suffering a Saturday night mini-crash. So far, it hasn’t fully recovered from it.

Why would anyone put serious money into a joke of a cryptocurrency that literally moves based on comedy sketches?

Speculators are free to speculate on anything for any reason, of course. But they should be aware that what they are speculating on lacks even scarcity value. There are currently over 120 billion Dogecoin units in circulation and, unlike with Bitcoin, that supply is set to expand in perpetuity.

Investors who view protecting themselves from inflation as no laughing matter are buying assets with more solid fundamentals.

The unprecedented amount of spending and borrowing being carried out by the Joe Biden administration will require the Fed to keep purchasing Treasury securities with trillions of newly created dollars.

Silly season in Washington is whenever Congress is in session. And with fiscal responsibility out the window, monetary policy will be on full blast for the foreseeable future.

Federal Reserve’s dual mandate is to pursue full employment and stable prices. If you believe the Fed’s stated policy objective of raising the official inflation rate above 2% for an extended period fits the definition of price stability, then the joke’s on you!

On Wednesday, the Labor Department reported that the Consumer Price Index rose a higher than expected 4.2% from the prior year. The CPI in April accelerated at its fastest pace in more than 12 years.

Then on Thursday, the Producer Price Index came in hotter than expected – showing a year-over- year surge in industrial costs of 6.2%. That’s the largest increase since the Bureau of Labor Statistics began tracking the data set in 2010.

Fed officials insist these price spikes are transitory and don’t yet warrant any monetary tightening.

By the time inflation becomes so big of a problem that central bankers can’t deny it anymore, it may be too late for investors to exit vulnerable assets and obtain inflation protection – at least not at prices that are as favorable as can be had today.

Gold and silver remain cheap relative to the stock market and the exploding U.S. currency supply. Although gold bugs are often subjected to ridicule by the Wall Street-centric financial media, what’s truly ridiculous is some of the valuations attached to stocks and cryptocurrencies.

In this current clown world, Woke corporations are abdicating their fiduciary duty to shareholders in order to pursue social activism.

Ronald McDonald used to represent a company that existed to sell burgers and fries. Now McDonald’s sells “modern and progressive” politics with its junk food.

Blue-chip brands are so flush with cash, they apparently feel they can afford to ramp up their social activism rather focus on cutting costs. But the post-COVID boom times will eventually go bust – and perhaps much of the financial silliness enabled by “free” money from Washington will go away as well.

When stocks roll over into their next bear market and some of the over-hyped digital assets fail to provide safe haven, holders of precious metals may get the last laugh.