Is an Anti-Dollar Faction Running the Bank of International Settlements Now?

Among the many analytical reports arguing that economic fundamentals are such that the gold price should rise sharply, the annual "In Gold We Trust" reports by Incrementum AG in Liechtenstein always have provided the most supporting documentation. The one published last week is no exception.

Meanwhile virtually alone GATA long has been stuck with the less happy work of explaining why the gold price has not been heeding the fundamentals, not rising sharply, and not reflecting the grotesquely inflationary and unstable monetary conditions. 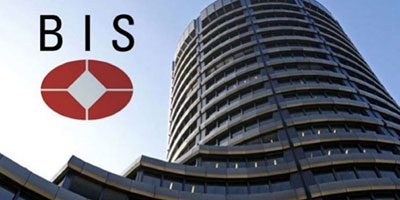 But the new "In Gold We Trust" report does include something by way of explanation. It is a long commentary by the third anonymous participant in the "Friend of Another" series of commentaries that began two decades ago at the old (and much missed) USAGold(.)com Forum.

The third participant in the series, "Friend of Friend of Another," seems to be a student of the first two and now is operating his own proprietary internet site of gold market analysis.

Ordinarily GATA avoids anonymous commentary as unreliable, but such commentary sometimes can provide valuable insights, and since Incrementum is taking responsibility for the new analysis from "FOFOA" and since this analysis is packed with historical detail, it can be heartily recommended to you. It's posted here.

The "Another" series long acknowledged that the gold price was heavily manipulated by central banks and particularly by their underwriting of "paper" gold, the creation of vast imaginary supplies of gold for purposes of price suppression -- but also that eventually gold would break out and become "Freegold" with a spectacularly higher price, eliminating any need for leverage to the price by those anticipating that price suppression could not go on forever.

Now, with seemingly imminent implementation of the "Basel 3" banking regulations recommended by the Bank for International Settlements and the desperate protest of the London Bullion Market Association and World Gold Council that "Basel 3" will destroy both "paper" gold and the LBMA itself, gold advocates are getting hopeful that Liberation Day will come this summer.

That is, while the BIS continues to act as a gold broker and intervenor for all its major members, including the United States, whose intervention has aimed to protect the U.S. dollar's status as the world reserve currency, the BIS also represents all other major central banks, and their interests may be quite opposed to indefinite and unquestioning support of the dollar and U.S. imperialism.

For example, the BIS lately may be following a course sought by an anti-U.S. and anti-United Kingdom bloc consisting of the European Union, China, and Russia, entities lately on the wrong side of U.S. and U.K. policy. 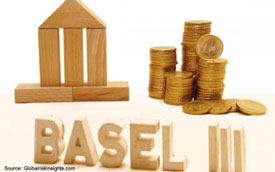 Maybe this bloc is advancing the "Basel 3" regulations to knock the U.S. and the dollar down while reliquefying themselves with a higher value for their gold reserves, as the U.S. economists Paul Brodsky and Lee Quaintance speculated was underway even nine years ago.

Unlike the International Monetary Fund, which is entirely a U.S. creation and over which the U.S. exercises veto power, the BIS has much more freedom of action. The "Another" group long has construed the BIS to be pro-gold, despite its assisting U.S.-instigated interventions against gold.

We'll see, and maybe soon -- or maybe not. Read the "FOFOA" analysis from Incrementum and see what you think.

While the GATA gang persists in what many consider to be a quixotic crusade because we think that gold price suppression is the overarching injustice in the world and thus the world's most important issue -- the undemocratic control of the valuation of all capital, labor, goods, and services for the benefit of the few -- after 22 years we would enjoy not just victory over the evildoers but also the freedom to take up another line of similarly disparaged work -- maybe UFOs, the Loch Ness Monster, Bigfoot, or the search for Atlantis. Even a few weeks off might be nice.