When Will It Be Time to Sell Precious Metals?

Clients often ask when they should sell precious metals. We usually suggest one basic rule around the timing. After that, the decision to sell will depend upon whether your reasons for holding gold and silver have changed.

The basic rule is to avoid selling based on impulse. Humans are emotional creatures and studies show most of us make poor choices when it comes to timing. If you are making a snap decision to sell (or buy) based upon a surge of either fear or greed, odds are you will regret it. 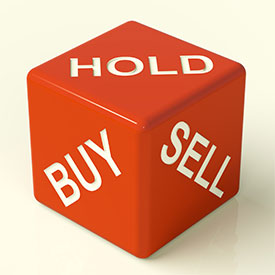 The trick to avoiding an emotional decision about when to sell is to understand why you bought precious metals in the first place and stick to your guns.

Lots of investors see metals as undervalued relative to other assets.

Stocks are near all-time highs and appear wildly over-priced based on company earnings. Bonds are near the peak of a bull market which is extraordinarily long in the tooth. Real estate may also be back in bubble territory, particularly in large urban markets.

These days, precious metals are one of very few asset classes which look cheap.

For value investors, the time to sell will come when the calculus changes. They should exit when metals look expensive and another investment looks undervalued.

Others buy metal as a hedge against inflation.

They recognize saving money in Federal Reserve Notes as a one-way road to becoming poorer. Any cash they have in the bank is guaranteed to be worth less next year, and maybe a lot less. The declining value of the currency unit will eventually crush the value of fixed rate bonds as well.

The time to sell will only arrive when the threat of inflation dissipates.

Perhaps the day will come when central bankers and politicians are forced into serious reforms, such as reinstituting honest money connected to physical gold and silver. Maybe an independent and incorruptible currency will emerge and gain widespread adoption.

Finally, plenty of investors buy physical coins, rounds and bars as part of a preparedness plan.

History shows that serious inflation is usually accompanied by turmoil and political unrest. They recognize the possibility that metal will be needed, should fiat currencies -- and the governments behind them -- fail.

Confidence in virtually all U.S. institutions is in decline, and the Federal Reserve Note is one of them. When ephemeral confidence is all there is backing the currency, it is naive to assume it will live forever.

It is hard to guess what might replace the Fed’s “dollar,” should it meet its fate. People buy physical metal to eliminate a lot of the guesswork.

Gold and silver might resume their role as official currency. If they don’t, holders can be certain their bullion will be valuable in exchange for whatever the new currency is. That is the history of metals.

The majority of us bought metals for a combination of reasons outlined above. Absent the need raise cash for some emergency, it won’t be time to sell until the world looks quite a lot different than it does today.

There is no telling when to expect the restoration of honest money, healthy markets and personal liberty. It looks like it will not be time to sell any time soon.