Corruption at the Fed: Are America’s Money Masters Engaged in Self-Dealing?

America’s central bankers are tasked with impartial oversight over aspects of the American economy. But could these individuals be making decisions on interest rates and bailout operations based on what is best for their own personal investment portfolios?

According to the Fed’s official code of conduct, Fed officials are “prohibited from participating personally and substantially in an official capacity in any particular matter in which, to the employee's knowledge, the employee has a financial interest if the particular matter will have a direct and predictable effect on that interest.”

Documents revealed that Dallas Fed President Robert Kaplan and Boston Fed President Eric Rosengren made several trades of individual stocks, in some cases worth $1 million or more, in markets where Fed actions have impacted financial performance.

Additionally, several Fed officials personally held the same type of assets the Fed itself was buying. 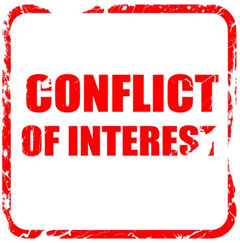 Fed President Rosengren held between $151,000 and $800,000 worth of real-estate investment trusts that owned mortgage-backed securities – all while the Fed was active in that market.

More specifically, Rosengren made as many as 37 separate trades in four investment trusts contemporaneous to the Fed’s own purchase of almost $700 billion in mortgage-backed securities.

Meanwhile, the Federal Reserve announced last year that it would open a corporate bond-buying facility and purchased almost $47 billion of corporate bonds.

And according to Reuters, Fed President Kaplan’s financial disclosure included several sales or purchases of at least $1 million in individual company shares or investment funds, including Apple Inc. (a stock that’s almost doubled since COVID-relief efforts began in March 2020). In July 2020, the Federal Reserve bought $25.5 million in Apple's corporate bonds.

So far it’s undetermined whether the above trades violated Fed ethics rules. But to outside observers, it certainly stinks.

In their often misguided and even harmful attempts to monkey with financial asset prices, Fed officials constantly pull different levers of monetary policy and wield an inordinate amount of power over markets and financial institutions.

The potential for conflicts of interest when concentrating such financial power in the hands of a few individuals has always been obvious. Indeed, central bank senior officials may have exercised their power, in part, to increase their personal wealth.

Following disclosures of their trading and the subsequent public backlash, Fed Presidents Kaplan and Rosengren both agreed to divest any holdings of individual stocks by Sept. 30. 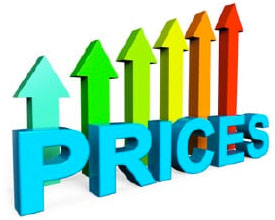 However, this half measure hasn’t assuaged the critics, who point out the ongoing market interventions by the Federal Reserve have disproportionately benefited owners of assets while the Fed’s resulting price inflation in food, housing, and medicine have especially hurt savers, wage earners, and pensioners.

Turning to sound money would ensure the purchasing power of Americans isn’t sapped away by bureaucrat bankers with ulterior motives.

Unlike the central bankers’ depreciating fiat currencies, physical gold and silver are incorruptible, free-market forms of money that retain their purchasing power over time.