Perversity: Thy Name is Dollar

If you ask most people, “what is money?” they will answer that money is the generally accepted medium of exchange. If you ask Google Images, it will show you many pictures of green pieces of paper.

Virtually everyone agrees that money means the dollar.

Breaking Down the Dollar Monetary System

What does it mean to have a dollar? If you hold a piece of paper with green ink on it, which says “ONE DOLLAR”, you may notice that it also says, at the top, “FEDERAL RESERVE NOTE.”

Note is a word for credit. The dollar bill (bill is also a word for a credit instrument) is a credit of some kind, the credit of the Federal Reserve.

The paper itself has no value, apart from that it is the obligation of a party whose full faith and credit is beyond question. It would be something like the fallacy of reification, to confuse the green piece of paper with the monetary value it represents.

Banking, Lending and the Fed Most holders of dollars do not hold them in the form of actual pieces of paper.

For reasons of convenience, and safety and security, people deposit them in a bank. That is, they may think of it as having dollars in a bank (just as they think of the paper as the money).

But let’s drill down into that.

Most people know that the bank does not just put all the green pieces of paper into a vault. The bank holds a small amount of paper cash, based on what it expects to pay during the business day.

That thing is lending.

The depositor lends his dollar to the bank, which on-lends it to a third party. This party pays the bank something, the bank keeps some as its fee, and the bank pays some of it to the depositor.

Thus, the bank deposit is also a credit.

The Ins and Outs of Dollar Lending

Drilling further into the bank itself, we see that the bank holds dollars in the form of credits to third parties.

Those parties can be broken down into two categories: the government, and private borrowers. In the former case, the bank buys Treasurys. That is, it pays this credit-money to the government. The government spends it on consumption goods. So, it is gone.

However, the government has the power of taxation. It can tax everyone’s earnings to raise the cash to service its debts.

It is clear, in this case, that these dollars do not actually exist anywhere. They are a promise to pay, which is what credit really means.

Alternatively, the bank can deposit these dollars in its account at the Fed.

This makes sense, if you think of the Fed as a bank for banks. Banks deposit dollars in their accounts at the Fed. And then banks can pay one another using this special kind of deposit (which is not available to the public).

However, this kind of dollar is not the end of the chain. The Fed does not store money any more than the commercial banks do. The Fed uses bank deposits to fund its own purchases of Treasurys.

This has many profound implications, but today we just want to focus on the fact that there is no monetary object to be found here, either.

The Nature and Function of Dollar Reserves

The dollars held on account at the Fed are called the bank’s “reserves.” The bank does not merely take in dollars, and then lend out those very dollars. Those dollars are generally the credit obligations of third parties, often of other banks (paper currency deposits being relatively small nowadays).

However, banks generally do not want to be creditors of other banks, as this incurs credit risk (without any return). So they typically trade those dollars for either Treasurys or else dollars in their Fed accounts, i.e. reserves.

This leads to another important discovery. Banks create both dollars and loans in the very same act of lending. That is, a bank creates the dollars—which are its own obligation—to lend to the borrower. At the same time, it creates the loan—which is the borrower’s obligation to the bank.

The Implications of the Credit Relationship

Many people think of this as money printing. However, they should look at both sides of the ledger.

At the same time that the bank creates and gives new credit-dollars (which people think of as money) to the borrower, it also creates a new loan obligation. The borrower owes the bank the repayment of the dollars (plus interest).

In other words, the bank cannot create free capital for itself. It adds to both its assets and its liabilities. What it can create is cash flow, i.e. the interest it is paid on the loan.

There are two limits on bank lending.

One, as noted above, is regulation which limits the ratio of loans to the bank’s balance held at the Fed. 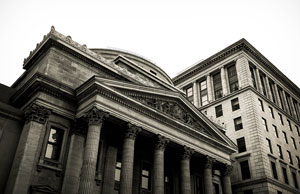 Two, is the pool of creditworthy borrowers (and the concept of creditworthy is less and less about how a bank would assess the risk, and increasingly about categories and formulas dictated by regulation, which may or may not be an accurate measure of risk of loss).

Got that? If the bank has X dollars of reserves held at the Fed, then it is permitted to create $Y of loans to private borrowers.

It should be noted that in the wake of Covid-19, the reserve requirement was eliminated. Bank lending today is not limited by regulation based on its reserves. It is limited entirely by banks’ ability to find people and businesses who want to borrow, and who are deemed creditworthy.

The problem illustrated by this is not the printing of money. It is much more pernicious than that. The root of the problem is that the dollar is not an object. It is not an entity, an existent. It is not a thing. One cannot actually hold a dollar in one’s hand. Or hold it at all (except in the abstract sense).

If one goes all the way up and down the dollar-credit chain, one will not find an actual object which is a dollar. One finds only relationships, wherein one party owes the other. You might even say that it’s credit relationships all the way down.

So, of course the Fed and the banks can create new dollars! We should not focus unduly on the fact that the dollar is created “out of thin air” (at the same time that the obligation to pay is also created).

We should focus, instead, on the fact that, somewhere in history, someone pulled a massive switcheroo. A heist. All the actual dollars (i.e. grains of gold) were removed from the system.

It’s like in that old commercial, “we’ve secretly replaced [the] freshly ground coffee with Folger’s crystals [let’s see if they notice].”

The difference is what they replaced was: the money. And it wasn’t a secret. It was done in full view of the public eye. And no one seemed to notice, until decades later. And even now, many deny that they notice it.

The Layers of Dollar Perversity

There are three layers of perversity to this.

One, when you get a loan, you are borrowing dollars. Those dollars are, themselves, the liability of a bank. Which the bank backs with its own holding of dollars. Which are either government bonds, or else Fed credit-dollars which are backed by government bonds.

In the act of borrowing, you are committing to repaying the lender in units of credit owed by the government.

Two, when you are in debt, you must obtain enough dollars to service your debt. You must pay at least the interest, if not amortize the principal. If you fail to do so, then the bank will seize your business, house, or other assets.

Therefore, every debtor must work hard. Every debtor must produce as much of the goods or services that he is in business to produce, in order to generate sufficient revenue. From this revenue, he subtracts his costs. Net of costs, the revenue must be at least the interest expense.

Most people, once they see the nature of the dollar scheme, wonder why the dollar still holds such robust value. And we see the answer in this perversity of the system. Every debtor—which is nearly every producer—is working as hard as possible to produce and sell its products for dollars.

Three, the producers depend on the availability of dollars for them to obtain, to service their debts. These dollars, let’s recall, are not objects that can move freely. They are the credit obligations of third parties, and ultimately the government.

And they do not move freely, they are pulled in tension by every debtor. The debtors rely on the ultimate borrower, the government, to borrow more. And on the Fed to monetize that greater debt.

The deeper the debtors go into debt, the more this unhealthy reliance. And, the lower the interest rate falls, the deeper into debt they are all lured.

If this is not perverse, then what is?

U.S. Treasury Refuses to Answer Questions about Disposition of Its Own Gold

Will the Anointed Experts Get It Wrong Again?