Biden’s IRS Is Mining for Gold

The Biden administration is moving aggressively to raise revenues by any means necessary – including going after precious metals held in so-called “home storage” or “checkbook” retirement accounts.

The IRS recently nailed a couple with a $300,000 tax bill for holding gold coins designated as Individual Retirement Account (IRA) assets – but stored in their home safe rather than at a depository.

The couple had unfortunately relied on marketing material from a promoter who claimed that setting up a limited liability company owned by their self-directed IRA would allow them to store their coins at home instead of through a third-party custodian.

In McNulty v. Commissioner, the Tax Court ruled against the couple and in favor of the IRS. The Court held that when individuals take direct possession of IRA assets, they have effectively taken IRA distributions which may be subject to taxes and penalties.

The good news for those who hold physical precious metals within an IRA is that the Tax Court affirmed the legality of Self-Directed IRAs.

It remains perfectly legal to hold most gold, silver, platinum, and palladium bullion products inside a tax-advantaged account – provided the assets are held by a trustee that meets IRS requirements for custodial arrangements.

Over the years, Money Metals Exchange has helped thousands of clients set up IRS-approved precious metals IRAs. We have also warned against schemes that supposedly take advantage of loopholes that allow home storage of IRA assets.

If this was once a “gray” area of the law, it’s now black and white. The IRS can and will go after you if you fail to set up your IRA through a legitimate account custodian and store the metals at a depository.

Of course, there are good reasons why you may wish to hold physical precious metals at home in a safe or in a secret location not accessible by any third parties.

But if you attempt to claim your personally held bullion as IRA assets, you’re inviting tax trouble.

As time goes on, U.S. taxpayers will find themselves under increasing pressure to make sure every single line on their return can withstand an IRS audit.

In testimony before Congress last week, Treasury Secretary Janet Yellen admitted that ramped-up IRS enforcement will serve as a revenue-raising tool for the Biden administration.

Yellen had faced grilling by Republican lawmakers over her claims that the Biden’s “Build Back Better” programs are “paid for” – meaning they won’t add to the budget deficit. But the Congressional Budget Office’s own scoring shows those claims to be false.

Yellen’s response? The CBO failed to account for the expected revenue increases that will flow into Treasury coffers thanks to an expanded and emboldened IRS. 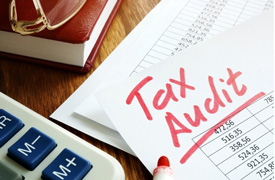 The Biden administration plans to hire tens of thousands of new IRS agents with a mandate to squeeze taxpayers for more dollars.

The Tax Code is extraordinarily complex. The wealthy and large corporations can afford to hire accountants and lawyers to keep them out of trouble. The typical middle class taxpayer is at the mercy of the IRS.

Nevermind that IRS agents often misapply or misrepresent the law – either because they don’t understand it or they believe generating revenue is more important than enforcing income tax provisions fairly. The message being sent loudly and clearly by the Treasury Secretary is that IRS agents exist to bring home the cash.

Many taxpayers actually end up paying more in taxes than they legally owe because they are afraid of the IRS and fail to take legitimate deductions. Or they don’t know they are eligible for them in the first place.

As long as you are operating within the letter of the law – and ideally have your tax returns prepared and signed by an accountant or lawyer – there’s no good reason not to pursue every single dime of tax savings to which you are entitled.

But with audit risk on the rise, keeping records and receipts as proof of every tax move you make is essential.

One move still well worth considering is putting new or existing IRA assets into physical precious metals. It’s a straightforward process to convert an IRA from a brokerage account containing financial instruments into an IRS-approved Self-Directed IRA containing physical bullion. (Here’s a step-by-step guide on how to get started.)

A precious metals IRA protects your wealth against the twin threats of taxation and inflation. Right now, unfortunately, both of these threats are on the rise.