Precious metals aren’t exactly a favored asset on Wall Street or at the Federal Reserve. Thanks to Wikileaks, we know the futures market was originally conceived in the 1970s as a mechanism to increase volatility and “discourage” physical ownership of the monetary metals.

When the Wall Street Bets crowd tried to put a squeeze on silver exactly a year ago, the effort failed. Trying to squeeze an asset like silver is tricky when you are arrayed against forces that can influence the price with concentrated trading power and the ability to expand the electronic supply of the metal.

Tons of silver left the COMEX vault system, but the price of a futures contract was never really connected to available inventory to begin with. 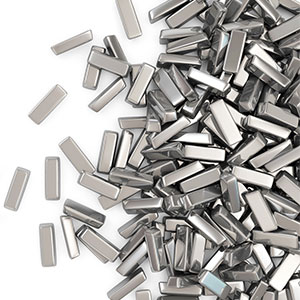 The price action in silver feels as if the bullion banks have been trying to show everyone who’s in charge.

Speculators who bought silver expecting explosive short-term gains like those associated with Gamestop are undoubtedly disappointed.

That said, if the goal remains to discourage physical ownership, bankers appear to be failing. Physical gold and silver investors aggressively buy every dip in the paper price.

Americans are buying physical metal as a hedge against uncertainty. And uncertainty is still on the rise.

They care less about price action and more about moving some assets out of bubbly stock markets and rapidly devaluing cash. They want assets which do well in times of extreme turbulence and whose value can never hit zero.

Banks and government officials are perhaps learning there comes a point when physical demand can no longer be controlled through price.

Failing trust and declining confidence become the dominant forces in times like these. Price action which is contrary to market fundamentals only exacerbates the problem for the powers that be.