Virginia Ends All Taxes on Purchases of Gold and Silver

Virginia’s House Bill 936, originally introduced by Del. Amanda Batten, was considered by multiple House and Senate committees before passing overwhelmingly out of both chambers and reaching the governor’s desk.

Virginia had been one of only seven states in the United States maintaining merely a partial sales tax exemption on purchases of precious metals. Virginia’s regressive practice of taxing only purchases under $1,000 singled out small-time savers for a tax penalty that larger gold and silver purchases do not face.

By enacting HB 936, Virginia has set an example for legislators in California, Connecticut, Florida, Massachusetts, Maryland, and New York, where smaller-sized purchases (under $500, $1,000, or $1,500) of precious metals are still hit with sales taxes. 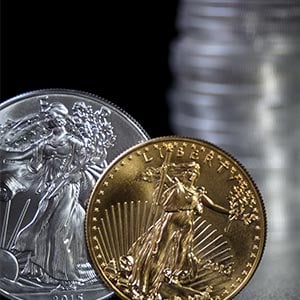 The full Virginia sales tax exemption on the monetary metals will take effect on July 1 and remain in effect until at least June 30th, 2025.

Including Virginia, 41 U.S. states now fully or partially exempt gold and silver from the sales taxes. That leaves 9 states and the District of Columbia as the primary jurisdictions that still harshly penalize citizens seeking to protect their savings against the serial devaluation of the Federal Reserve Note.

Jp Cortez, policy director for the Sound Money Defense League, explained that “by eliminating sales taxes on purchases of precious metals under $1,000, a huge impediment has been removed to storing one’s wealth in gold and silver.”

In her testimony in support of the bill, Del. Batten explained that it doesn’t make sense for someone to make large purchases of gold and silver tax free, but someone who wants to invest a smaller amount is punished with a tax… a tax which targets those who can afford it the least.

“Inflation has become an undeniable problem due to financial mismanagement by the Federal Reserve and by the politicians in Washington DC. Thankfully, both large and small investors in the Old Dominion can now protect the purchasing power of their wealth with sound money without being taxed,” said Money Metals Exchange president Stefan Gleason, whose company has helped lead sound money policy efforts.

States have been removing sales taxes from monetary metals for the following reasons:

The Sound Money Defense League, a non-partisan, national public policy group working to restore sound money at the state and federal level and publisher of the Sound Money Index. Money Metals Exchange is a national precious metals investment company and news service with more than 500,000 readers and 350,000 customers. It also operates Money Metals Depository for vaulting of gold and silver and Money Metals Capital Group, a collateral lending institution.