Following Twitter, Elon Musk May Next Want to Acquire Silver

Elon Musk’s $44 billion purchase of Twitter is being hailed as a victory for free speech. Musk vows to make changes to the social media platform that will make it a true “digital town square” where people are free to speak their minds, even if others take offense.

Of course, not everyone is excited about the prospect.

Musk, meanwhile, is worried that the Biden administration may launch retaliatory attacks by securities regulators. He is also concerned by government policies that are stoking inflation. 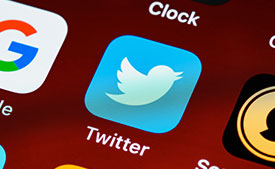 The Tesla CEO noted in his company’s latest earnings call that "inflation is at like a 40 or 50-year high. And I think the official numbers actually understate the true magnitude of inflation.”

Tesla factories depend on suppliers of raw materials including metals. And suppliers are raising prices.

"In some cases, we’re seeing suppliers request 20% to 30% cost increases for parts from last year to the end of this year," Musk said.

Of special importance is lithium, a metal needed for Tesla’s battery systems. The problem is that demand for lithium is growing faster than supply, sending prices skyward.

Musk has suggested that he might have to get into the mining and refining business himself to secure adequate supplies of lithium. He may decide it’s wise to invest in other scarce metals as well, including silver.

Each Tesla requires close to 50 grams of silver. It may not sound like a huge amount, but if Tesla is to meet its production goal of 19 million more vehicles by 2030, it will need over 30 million ounces of silver.

Silver, unlike lithium, currently remains cheap on an historical basis. But silver is also projected to be in a supply deficit this year, with industrial demand set to hit a record high.

Rather than take on the risks of owning and operating a silver mine, Musk could begin building stockpiles of the metal while it is still obtainable without having to pay a huge premium.

Tesla has already declared it will hold alternative assets such as cryptocurrencies on its balance sheet. While Musk is famously fond of cryptos, they haven’t helped Tesla stay in front of this year’s inflation surge.

Both Bitcoin and Dogecoin prices have lagged in recent months. And neither does anything in particular to help Tesla obtain the basic materials it needs to build new vehicles.

Tesla’s 10-k filing from 2021 that stated in addition to holding Bitcoin, the company “may invest a portion of such cash in certain alternative reserve assets.” These include “gold bullion, gold exchange-traded funds and other assets as specified in the future.”

A single Elon Musk tweet about the value of holding precious metals could move the markets.

But if he’s serious about acquiring gold as cash reserves and strategic metals including lithium and silver for manufacturing, he would understandably want to keep quiet while he’s still trying to accumulate at today’s prices.

The multi-billionaire was moved to acquire Twitter less because of its potential to generate revenue and more because of his vision for it to serve as bastion for free speech. Musk also has a vision to make all vehicles self-driving and develop the technologies needed for humans to inhabit other planets.

It doesn’t take a visionary to see the need to protect against the corrosive forces of inflation. It just takes common sense, which in practice means an ability to see through the official propaganda that underpins the Federal Reserve’s inflationary monetary policies.

Whether you’re an individual of modest means or the head of a trillion-dollar company, you face the same basic problem of how to plan for a future in which your dollars will purchase less and less of what you need.

The solution is to become resilient to declines in fiat currency value. A primary way of attaining such resilience is to own hard currency in the form of gold and silver.