Russia is the world’s second largest producer of gold.

When the London Bullion Market Association delisted Russian gold refiners in March, many expected the move would push gold prices higher. Instead, the gold price has fallen roughly $100/oz. 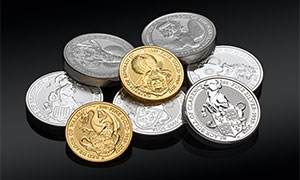 Over the weekend, leaders of the G-7 nations announced formal sanctions on the import of gold from Russia. That move is expected to be largely symbolic because the LBMA and Western refiners, many of which are located in Switzerland, volunteered to ban imports shortly after the war began.

There is some question as to how effective the self-imposed restrictions were working.

Russia reportedly shipped three tons of gold into Switzerland in May. Refiners there all deny being involved.

Now that official sanctions are in place, there are theoretical consequences for further imports. Maybe the move by the G-7 will impact the gold markets, at least temporarily. The effects will almost certainly not be major and long-lasting.

Markets adjust. The prices of commodities where Russia is a major exporter did spike higher immediately after Russia invaded Ukraine. Many of these commodities, including oil and wheat, have since corrected lower, giving back a good portion of those gains.

The truth is it is very difficult to enforce meaningful sanctions on a globally traded, fungible commodity such as gold or oil. It is impossible when the sanctions are not universally adopted. China, India, and many other nations have no interest in joining the sanctions regime.

There is nothing stopping enterprising refiners in places like India from melting Russian gold and making new bars with an acceptable hallmark for re-export to the West. It is not difficult to obscure the origin of the metal.

Thus far, at least, Russian producers remain happy to sell the metal to trading partners in the East (or to Westerners willing to circumvent the rules). Demand is not going unmet.

Vladimir Putin is openly hostile to the Federal Reserve Note as the world’s reserve currency. He has promoted alternatives, including a currency backed, at least in part, by gold.

He understands Western Central banks and governments do not want surging gold prices to be paired with the dramatic price inflation already underway.

Instead of theatrics, Putin could impose genuine restrictions on exports and force the market to adjust to the absence of supply from the world’s second largest producer. He might be happy to have the Central Bank of Russia buy up domestic supplies of gold and watch international spot prices, along with the value of the ruble, shoot higher.

It would not be out of character for Putin to call the G-7’s bluff.