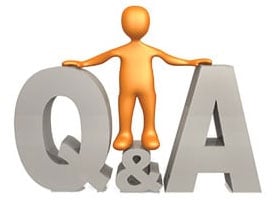 QUESTION: Can precious metals markets advance when the U.S. dollar is strengthening?

ANSWER: The Federal Reserve Note "dollar" has been strengthening this year on foreign exchange markets – though not in real, purchasing power terms, of course. That has been a headwind for gold and silver markets.

The European Central Bank’s decision in early September to hike interest rates by a record amount may finally lift the euro versus the dollar. If so, precious metals markets should get a boost.

However, long-term trends in gold and silver markets aren’t necessarily tied to the exchange rates of national currencies. Over time, they all can be expected to depreciate in value versus hard assets.

So yes, it is possible for gold and silver to gain while the U.S. dollar rises against other currencies. But a declining dollar will tend to amplify precious metals gains.

QUESTION: If demand for precious metals is strong, as you claim, then why are prices weak?

ANSWER: Fair question! When we report that buying of gold and silver is robust, we are referring to physical bullion – not necessarily to exchange-traded funds, futures contracts, or other paper derivatives.

Spot prices are set by futures traders who tend to care more about technical trends and algorithms than physical fundamentals.

And so far this year, there has been little speculative interest among bulls.

However, large commercial traders (the “smart money”) have increasingly positioned themselves on the long side.

By early September, the commercials had taken out a net long position on silver for only the third time in history. The previous two times, such bullish positioning preceded major precious metals rallies.

QUESTION: If I set up a precious metals IRA, will I have to sell my bullion when the time comes to take required minimum distributions?

ANSWER: You have two options. You can sell some of your IRA precious metals holdings and take distributions in cash. Or you can take physical possession of your bullion and account for its value as an IRA distribution.

According to IRS rules, when an individual takes personal possession of physical precious metals that were held inside an IRA, it counts as a distribution. Even if you don’t sell the bullion for cash, you could still face tax consequences based on its market value.

QUESTION: What price levels would indicate gold and silver have re-entered into bull markets?

ANSWER: The charts can sometimes reveal interesting setups including potential resistance levels that, when taken out, give way to bigger upside moves.

Silver tends to be more volatile than gold and will more often overshoot support and resistance levels only to whipsaw back in the other direction to shake out short-term traders.

Silver was trading at a low point for the year heading into September, then shot back up $20.00/oz on September 12th. Resistance comes in around $22.00/oz. If the bulls power through it, they will likely generate further upside momentum to carry prices significantly higher.

It’s important to note, however, that no particular price level or chart pattern is deterministic. Big moves to the upside or downside can occur at any time. That’s why it’s generally a good idea to hold a core position at all times and avoid speculating on short-term swings.

QUESTION: Does sound money need to be based in gold?

ANSWER: Sound money can in theory be represented in other forms besides precious metals. However, there are good reasons why gold has uniquely filled that role throughout history.

Gold is scarce, durable, transportable, fungible, useful, and aesthetically prized – making it an excellent store of value. Importantly, gold is incorruptible – unlike politicians, bureaucrats, and bankers.

Sound money carries no counterparty risk (unlike a banknote, it is not simultaneously someone else’s obligation). And it retains relatively stable purchasing power over time.

Sound money has two pretty simple value propositions. The first is that sound money protects capital and creates stability. People can accumulate savings and transmit value over time, allowing them to better plan, save, and invest for the future.

The second is that sound money acts as a defense against excess debt accumulation and an ever-growing government.

The current system of fiat money issued by central banks enables unlimited deficit spending by government. Inflation allows the costs to be socialized across all holders of the currency by slowly and steadily stealing everyone’s purchasing power.