The world’s top gold producer saw its mine supply plummet by 10% in the first half of 2017. According to the GFMS World Gold Survey newest update, China’s gold production in 1H 2017 fell the most in over a decade. The fall in Chinese gold production is quite significant as the country will have to increase its imports to make up the shortfall in its mine supply.

The data in the GFMS 2017 Q3 Gold Survey Update & Outlook reported that Chinese gold mine supply declined 23 metric tons to 207 metric tons in the 1H 2017 versus the 230 metric tons during the same period last year: 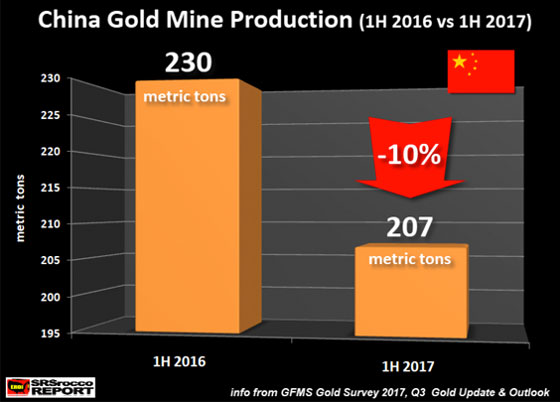 This is undoubtedly bad news for a country that is not only the world’s largest gold producer but also because China consumes all of its domestic mine supply. To get an idea just how far China is ahead of the rest of the pack, take a look at the following chart: 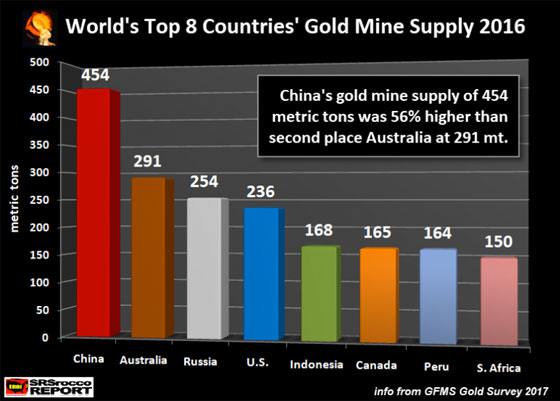 Last year, Chinese gold mine supply of 454 metric tons (mt), was 56% higher than second-ranked Austraila at 291 mt. These eight top gold mining countries produced 56% of the total world’s supply of 3,222 mt in 2016. Lastly, you will notice that South Africa came in last place at 150 mt. However, South Africa was the leading gold supplier in the world in 1970, when it produced a staggering 1,000 mt: 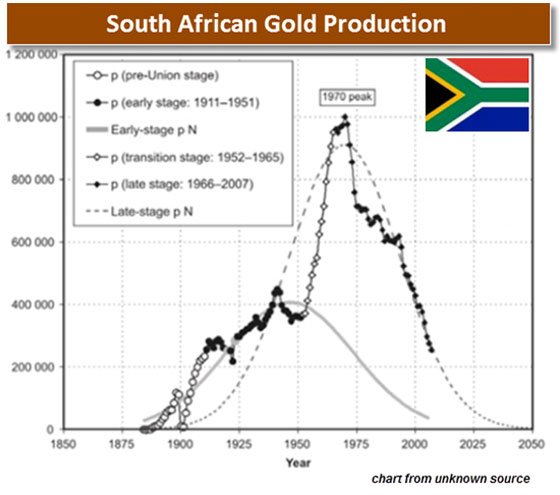 Also, isn’t it ironic that the U.S. dropped the Gold-Dollar peg (Aug. 1971) the year after South African’s gold production peaked? Regardless, South African gold production is now down 85% from its peak in 1970. For those individuals who don’t believe in the theory of Peak Gold or Peak Oil, stick around a few years… and you will become a believer.

Now, there seems to be another interesting development as it pertains to Chinese gold production. Unless China experiences a considerable rebound of its gold mine supply over the next several years, 2014 may turn out to be its ultimate production peak: 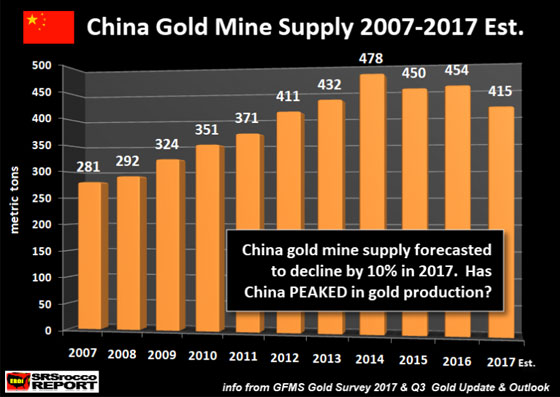 Lastly, the peak and decline of global gold production will likely mark the time of the peak and fall of the global economy. Now, I am not saying this occurs the very same year, but it will be a gauge to pinpointing the very time when reached the SENECA CLIFF.