Palladium Prices Are Exploding – Here’s Why It Matters...

The precious metals sector has just one standout performer this year, and that is palladium. Lately the market for that metal has gotten more than just hot. Developments there could have implications for the LBMA and the rickety fractional reserve system of inventory underpinning all of the physical precious metals markets. 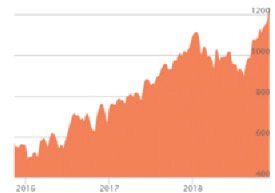 Craig Hemke of the TF Metals Report was Money Metals’ podcast guest this past Friday. He has been watching the developments in palladium closely and gave an excellent summary of what's involved.

Palladium's move higher in recent months is reminiscent. It remains to be seen whether or not a price collapse will follow. Some of the underlying drivers are the same, some are not.

Russia May Not Save the Palladium Markets This Time

Today, as in 2001, Russia is the world’s largest producer of the metal. Mines there contribute about 40% of the world supply.

The shortage 17 years ago was driven by demand. Automobile and truck manufacturers began using more of the metal in catalytic converters. It was a lower cost alternative to platinum.

When the market ran into shortage, Russians, under President Boris Yeltsin, rode to the rescue. They were willing and able to bring more physical metal to market.

The added supply turned the market around just in the nick of time. The LBMA and bullion banks got away with selling way more paper palladium than they could actually deliver.

Today, palladium inventory is once again in short supply. This time around, however, the paper sellers in London and in the COMEX may find themselves at the mercy of Vladimir Putin.

Russian relations aren't what they were in 2001. Palladium users may not get the same rescue as before, assuming Russian miners have stockpiles to deliver.

The bullion banks’ problem is starting to look serious. 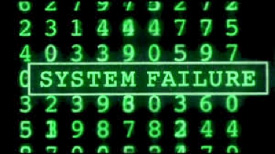 For one thing, the lease rates for palladium have gone berserk. Bullion bankers and other short sellers often lease metal to hand over to counterparties standing for delivery on a contract. Until very recently, they could get that metal for less than one percent cost. Last week, that rate spiked to 22%.

That is extraordinarily expensive, and it reflects the scarcity of physical palladium. The only reason a banker might pay such a rate is because he is over the barrel and has zero options outside of defaulting on his obligation.

In conjunction with the surge in lease rates, the palladium market has moved into backwardation. It costs significantly more to buy metal on contracts offering delivery in the near future than it does to buy contracts with a longer maturation.

Normally the opposite is true when it comes to the precious metals. Investors buying a contract normally pay a premium to have the certainty of a fixed price today for metal to be delivered sometime well down the road.

Investors are paying big premiums (about $100/oz currently) to get contacts with offering metal for delivery now. The near-term price reflects a concern over whether promises to deliver palladium months from now can even be met.

Is the Palladium Situation a Dress Rehearsal for Gold & Silver?

Gold and silver bugs have long expected the bullion bankers will eventually put themselves in this kind of bind with the monetary metals. They have sold contracts representing something on the order of 100 ounces for every ounce of actual gold or silver sitting in exchange vaults.

That much leverage is bound to end in catastrophe, someday. All it will take is a collapse in confidence – the suspicion that paper will not and cannot be convertible for actual metal.

The developing shortage in the silver market suggests that silver could be the next situation, followed by gold.