The Democratic party will be moving back into the control room in the House of Representatives.

Congress may commemorate the return to split government with a partial shutdown. The feud over construction of a border wall looks like it will not be resolved in time. It could be the first of many political dramas in 2019.

The debate over funding for the wall is theater, make no mistake. 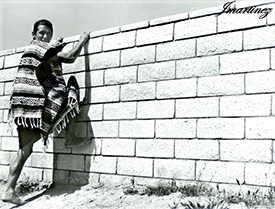 Securing the border may be a worthwhile effort. However, the $5 billion the President is requesting is but a small down payment on what is needed to build a wall along the full length of the border.

And Republicans have had total control of Congress under Trump’s presidency so far, meaning if they really wanted to get serious about a wall, they would have done it by now.

Most likely the shutdown will not amount to much more than some additional paid time off for certain federal employees. It will, however, set the tone for the next couple of years. Washington runs on strife.

Republicans in the House will probably remember they care about deficits when they are out of power again. Expect them to start wailing about spending when Congress and President Donald Trump start wrangling over next year’s budget.

The President will almost certainly make concessions and jack up deficit spending in order to get Democratic support for some of his other agenda items. Next year’s budget deficit could be a whopper -- particularly if there is an infrastructure program with bipartisan support.

Another surge in spending could frustrate the President’s conservative base, who urge him to reject bloated budgets for the Deep State that fund everything but the wall.

The battle over healthcare is back in the headlines. A federal judge in Texas just declared Obamacare unconstitutional. The entitlement program could return to the Supreme Court, where it previously weathered attacks in 2012 and 2015.

This time, however, the makeup of the Court has changed significantly and the justices recently appointed by Trump may get an opportunity to show off their conservative bona fides. 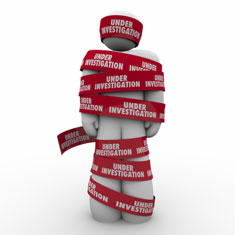 The Mueller investigation should be winding down in 2019, but that will hardly be the end of the investigation free-for-all, which is just getting started. The militant Democrat officials coming back to power are promising a host of new inquiries.

On the other side, there are investigations directed at the FBI and Justice Department, the Clinton Foundation, the crooked Uranium One deal and more.

Partisan political weaponizing of hearings and investigations could degenerate into a Constitutional crisis. With Trump’s presidency in jeopardy and trillion-dollar deficits looming, political risk looks set to accelerate in the months ahead.