As the silver price rally continues, mine supply from three of the top producing countries fell significantly this year. Peru, Chile, and Mexico all reported declines in silver mine supply in the first half of the year, with Peru suffering the largest dropoff. With these three countries accounting for 45% of total global silver production, a reduction in mine supply can impact the overall market. 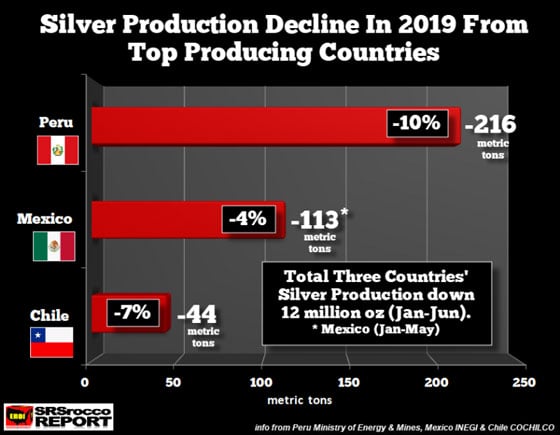 As we can see from the chart, Peru’s silver mine supply for the first half of 2019 fell 216 metric tons, Mexico declined 113 metric tons and Chile lost 44 metric tons versus the same period last year. As I stated, Peru and Chile’s silver production data was for the first six months while Mexico’s figures were for Jan-May. Mexico will likely update their data for June within the next week.

I also wanted to provide the actual data reports released by these three countries so that you can see for yourself the silver production declines in each: 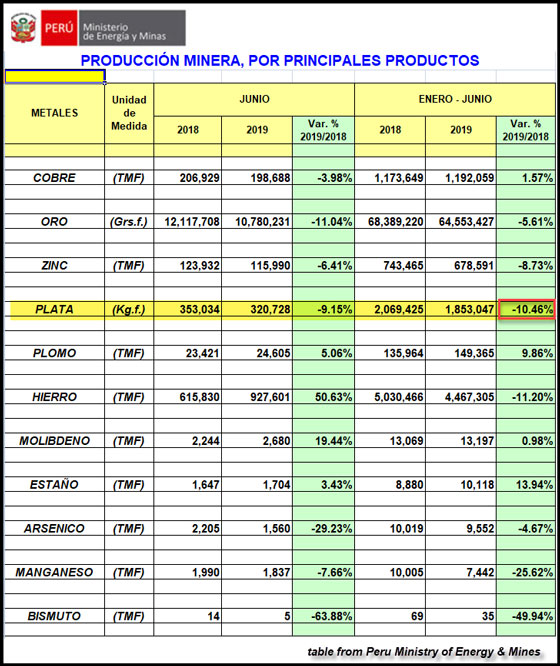 Here we can see that silver production reported by Peru’s Ministry of Energy and Mines shows a 10.46% decline in silver (plata) mine supply from Jan-Jun. Next, Chile shows a 7.2% decline in its domestic silver mine supply in the first half of the year while gold production increased 13%: 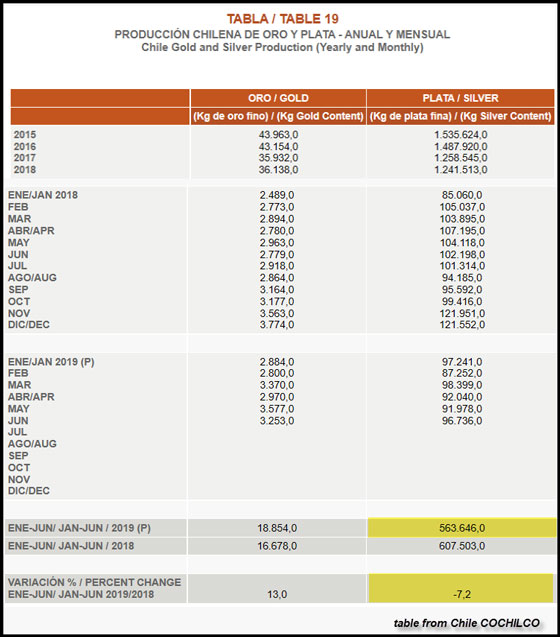 And lastly, according to Mexico’s INEGI, the country’s silver production fell 113 metric tons, or 4.4% in the first five months of 2019: 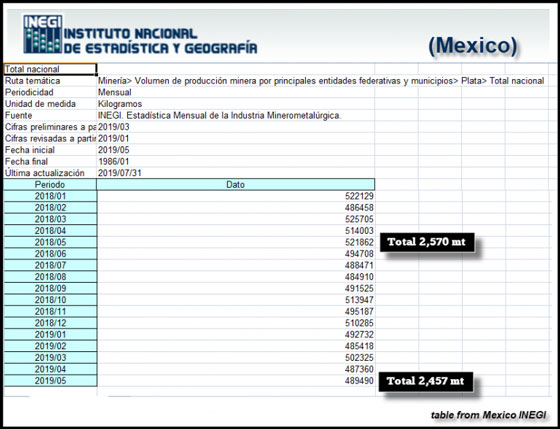 Here are the rankings of the top 10 silver producing countries in the world in 2019, according to the World Silver Survey (figures are rounded):

I could not get the total mine supply data for Russia, but its largest primary silver mining company, Polymetal, reported a 15% decline in silver production for 1H 2019 vs. the same period last year. So, it seems that many countries are showing declines in silver mine supply this year, right when the silver price has broken above a 6-year resistance level. 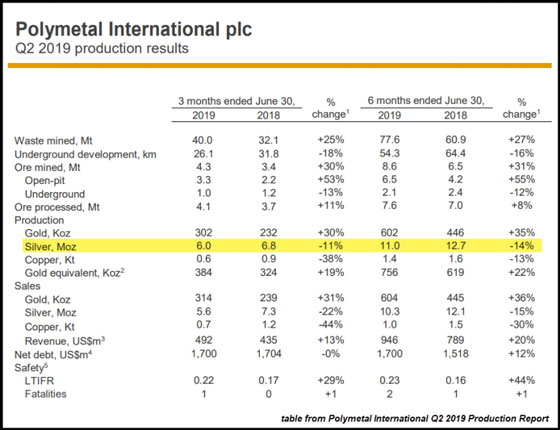