A prominent U.S. Senator just called the head of the nation’s central bank “dangerous.” Unfortunately, the true dangers of U.S. monetary and fiscal policy were lost on everyone involved.

“Over and over, you have acted to make our banking system less safe. And that makes you a dangerous man to head up the Fed, and it's why I'll oppose your renomination,” Warren sniped.

Notwithstanding Powell’s controversial personal investments in markets directly impacted by Fed interventions, he’s currently expected to be renominated to his Fed position by President Joe Biden, at the recommendation of Treasury Secretary Janet Yellen.

That shouldn’t come as a surprise since most Fed chairman get renominated across different administrations. And Powell has dutifully fulfilled his role of facilitating the Biden administration’s borrowing and spending agenda.

The only thing unusual about Powell is the lengths to which he has gone to enable an unprecedented expansion of government debt. Over the past 18 months, the Fed has purchased 57% of all new Treasury issuance. 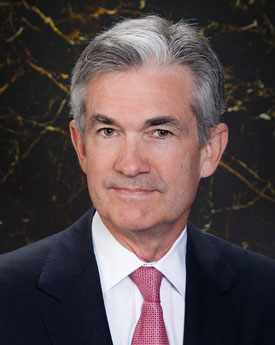 Fed policymakers are taking the U.S. down a dangerous road toward total debt monetization – essentially supplanting the bond market to finance government spending directly with currency created out of nothing.

The biggest risk of such a policy is an untamable rise in inflation as Uncle Sam’s need for cash grows faster than the economy’s ability to generate it.

Of course, Powell insists the recent surge in inflation is merely “transitory.” But the meaning of the term is now being stretched to mean something more akin to “indefinite.”

“Inflation is elevated and will likely remain so in coming months before moderating,” Powell said during his testimony this week.

As for why inflation isn’t moderating now after the economy has had months to work through supply bottlenecks and reopening pressures: “These effects have been larger and longer-lasting than anticipated,” Powell said.

Rising energy costs have yet to even fully work their way through to consumers.

Crude oil futures surged this week to $80 a barrel for the first time in three years as natural gas contracts pushed up toward a seven-year high.

The Bloomberg Commodity Spot Index hit its highest level in a decade, though not all commodities are contributing. Noticeably weak since summer trading began have been copper and precious metals markets.

What does the divergence between precious metals and other raw materials signify?

One possibility is that weakness in metals is a leading indicator for a broader commodity selloff to come.

Another is that metals have been unsustainably hammered down into an oversold condition and may be set to follow the lead of crude oil and other commodities higher.

Optimism toward the reopening trade has stunted safe-haven demand for gold and silver to some extent. But that optimism is breaking down as consumer confidence plunges, per the latest report from the Conference Board, and equity markets succumb to selling.

The Real Danger Is NOT Owning Precious Metals

Dangers loom for the economy, which may be headed for a long period of stagflation (low growth, high inflation). In such an environment, conventional safe havens such as bonds are dangerous for investors to hold.

Bonds will be negative-yielding instruments in real terms as long as interest rates range below the inflation rate. And that could be the case for years to come if the Fed keeps intervening to suppress yields and stimulate further price inflation.

Precious metals stand to ultimately rise in terms of depreciating U.S. fiat currency, and they could rise rapidly if stagflation fears take hold.

Admittedly, gold and silver markets have delivered disappointing performance so far this year. They certainly can’t be expected to up in a straight line.

Given the dangerous game politicians and central bankers are playing with ever-expanding debt and currency creation, the biggest danger in most investors’ portfolios is overexposure to financial assets and underexposure to precious metals.