A new Money Metals client reported to us significant trouble retrieving of his silver American Eagles which were supposed to be held for him in a segregated storage account at another prominent bullion dealer.

As it happens, he was taking Money Metals up on our offer to buy his Silver Eagles at historically high premiums over spot. 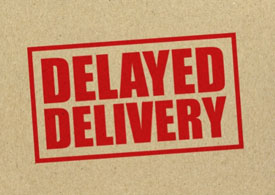 However, it took six weeks for him to extract all his Silver Eagles stored at this other company – and it only happened in dribs and drabs and only after some complaining.

First off, a single report like this is not enough to confirm a larger problem exists, so we will not name this other dealer.

That said, we have enough detail to see what may be happening.

Times when we see higher strains in the industry are especially good times to remind retail bullion investors to be careful.

If a business isn’t making delivery on the timeline you expected – whether it be extracting your metals from storage or receiving delivery of a new purchase – it could be a sign of serious trouble.

In the case of precious metals you are already holding in a segregated storage account, we can think of no good reason for a dealer or depository to take several weeks or more to return your property. After all, items in a segregated account are supposed to be laying on a vault shelf with your name on them, ready to go.

To be sure, poor management as well as staffing challenges can explain many issues. But experience tells us that the first signs of truly serious trouble is when a business in our industry systemically fails to meet commitments.

Watch for the Telltale Signs of Trouble

There have been, unfortunately, unethical (or outright corrupt) dealers who drove their business into the ditch while their clients got stuck holding the bag.

Only a few years back, for example, Tulving & Company went bust. A similar blow up occurred at the Northwest Territorial Mint (NWTM) in 2016. There have been others.

The proprietors of both Tulving and NWTM were ultimately sentenced to prison for defrauding customers out of big money. Thousands of clients lost tens of millions of dollars when their orders went undelivered.

In both cases, however, early warning signs included widespread reports of delivery delays and rising customer complaints at largely credible customer review sites such as the Better Business Bureau. Poor communication was another red flag.

Those who simply took note of literally scores of recent complaints about delays, broken promises, and lack of communication could have avoided their losses. Some victims had even engaged in prior transactions with these firms, yet they foolishly kept coming back despite repeated bad experiences.

In both the Tulving and NTWM scandals, the ultimate blow-ups happened many months after the first signs. In fact, the signs at NWTM had actually been there for years; the business had even been disciplined by state regulators for serious breaches in the past.

It is important to note there can be legitimate explanations for delayed shipment – especially right now.

A new surge in demand since early September has caused inventories of the most popular gold and silver bullion products to become depleted. Delays of some kind are currently both widespread and unavoidable in many cases. 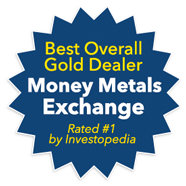 The best operators, however, will advise clients of any delay before accepting the order. Then they will meet the expectation they have set. If clients are told to expect shipment with a two-week delay, that is what they should get.

Investing in physical metals is no different than making other major purchases.

Consider doing some due diligence before making the plunge – and insist on good service after the order is placed.

Money Metals has a reputation for delivering quickly and on time. We regret there are delays on some products right now because of off-the-charts demand in recent weeks, but we are the best in the industry at securing inventory and meeting or exceeding client expectations.

We won’t take orders for metal we are not sure we can ship in a reasonable time frame – and we do so as promised, or sooner.