Why the Krugerrand Is the King of Gold Bullion Coins

The Krugerrand can be considered the king of one ounce gold bullion coins. Investors instantly recognize the Krugerrand and its value.

Originally, it was developed to promote South Africa’s gold mining industry. This distinctive coin is harvested from the largest mines on the globe. Since its inception in 1967, the Krugerrand has made it easy for all types of people to buy gold.

Discover the rich history and the unique appeal of these precious popular gold bullion coins…which are just as popular pre 1933 coins gold sale that came before them. 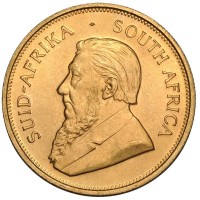 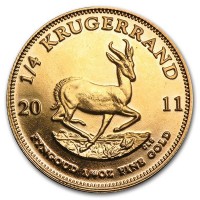 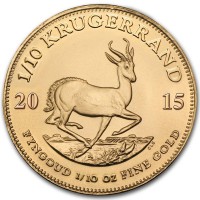 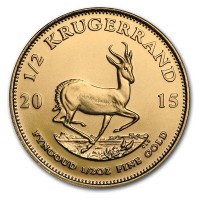 The Krugerrand was first minted in 1967. The South African coin encouraged the private ownership of gold. Unlike other bullion coins, the Krugerrand was given the status of currency or legal tender. As a result, it was minted in a copper-gold alloy to be durable.

This copper-gold alloyed coin has been incredibly successful on the market, both yesterday and today. Customers can find Krugerrands priced lower than most other government-minted gold coins. It is also helpful that Krugerrands are widely recognized, with over 46 million ounces of Krugerrand gold sold to date.

The Amazing Success of the Krugerrand

Over the past five decades, production of Krugerrands has varied for political reasons. The Krugerrand accounted for 90 percent of the global gold market in 1980. During this year, South Africa also introduced smaller sizes to buy, with half ounce, quarter ounce, and tenth ounce gold coins becoming available.

Minted from the Rand Refinery beginning in 1967, by the 1970s, Krugerands became the top choice for savvy gold investors. An investor who understood the value of precious metals such as silver, gold, palladium and platinum soon recognized the growing popularity of the Krugerrand.

During the 1970s and 1980s, the Krugerrand was designated an illegal import in many Western countries due to the policy of apartheid in South Africa. The country came under international economic sanctions. The sanctions ended in 1994, when the South African government abandoned apartheid. The coin soon regained its momentum among buyers and dealers. 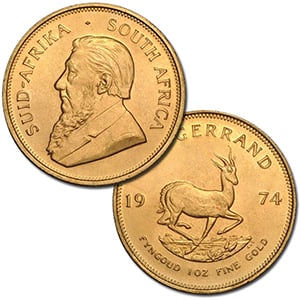 The coin's popular status is, in part, due to its uniquely distinctive appearance. The obverse of the Krugerrand was designed by Otto Schultz. It features the bust of Paul Kruger, a Boer statesman and president of the old South African Republic. The words “South Africa” appear around the bust. On the reverse is the renowned image of the speedy springbok antelope that roams the wild.

The design, featuring a national symbol of South Africa, was the brainchild of sculptor Coert Steynberg. The name of the coin is a combination of Paul Kruger's surname and “rand,” which is the word used for South African currency.

Like any other coveted item, the Krugerrand attracted imitators. The success of the Krugerrand caused other gold-producing nations to mint and issue their own gold bullion coins, such as the British Britannia and the Chinese Gold Panda.

The Composition of the Krugerrand

When people think of gold, karat comes to mind, such as the number of karats contained in a certain piece of gold jewelry. Investors think of the ounces contained in gold bullion coins.

The one ounce Krugerrand is composed of a fractional ounce of copper alloy and 1 troy oz of 22 karat gold. The total weight is 1.0909 troy ounces (33.93 grams). The addition of copper makes the Krugerrand 1 oz coinresistant to scratching and gives the gold an unusual orange tint. This type of alloy is referred to as crown gold because it has long been used for English gold sovereigns. It is minted from a gold alloy that is 91.67 percent pure. The thickness of the bullion coin is 2.84 mm and it is 32.77 mm in diameter.

What Are Proof Krugerrands?

The South African Mint Company produces proof Krugerrands. These limited edition coins are made to be collectors' items. They are more expensive than ordinary bullion coins. Therefore, they are recommended only for people who value the aesthetic qualities of the proof finish and not for bullion investors who aim to acquire the most gold for sale for their dollar.

The number of serrations on the edge of the coin help buyers tell the difference between proof Krugerrands and bullion Krugerrands. The bullion coins have 160 serrations and the proofs have 220 serrations.

The Krugerrand as a Symbol of Generosity

During the holiday season, people are accustomed to seeking Salvation Army donation kettles at malls and shopping centers. Often people drop their change after shopping into the kettles, as a Salvation Army worker rings a bell and smiles in thanks.

Now it has become a tradition to deposit Krugerrands in these famous kettles. Cities around the United States have found them being donated, ranging from Atlanta, GA to Tulsa, OK. This boosts the rating and prestige of the dependable, durable Krugerrand.

As investors review their options and study financial charts, buying into the solidity of gold Krugerrands is a viable alternative to paper assets. Buyers from all financial backgrounds appreciate this great product as a way to build a perse, effective portfolio. Ownership of Krugerrands gives people liquidity in a variety of circumstances.

For generations, people have recognized and appreciated Krugerrands as a solid investment. Now may be the time for you to invest in the rich history and bright future of the Krugerrand.