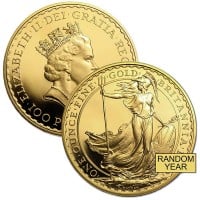 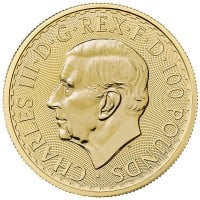 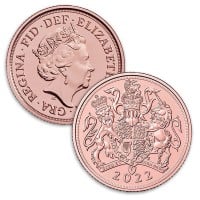 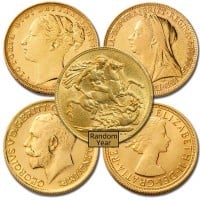 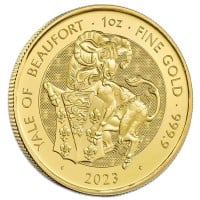 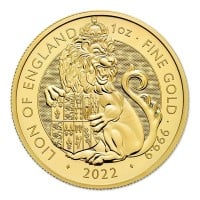 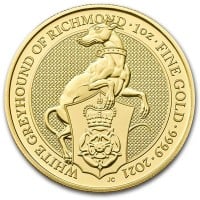 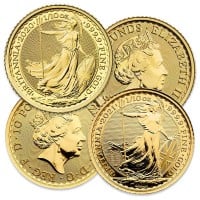 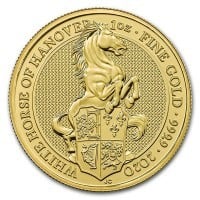 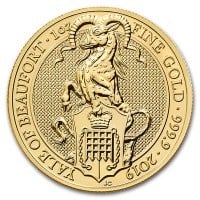 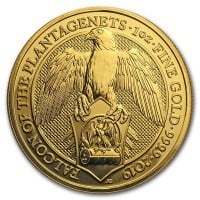 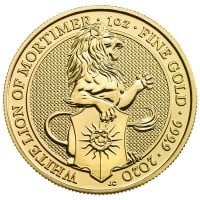 Gold British coins circulated around the world for centuries and are therefore traded nearly everywhere by investors and dealers. Britain's coinage is well regarded when it comes to quality. That is no surprise given they are produced by a government mint which has been producing coins for more than a thousand years.

While the Royal Mint offers a long list of gold coins, three series stand out: Britannia, Lunar, and Queen’s Beasts. Before taking a closer look at all three, here’s the back story on the Royal Mint.

History of the Royal Mint

Alfred the Great conquered London in 886 AD and founded a mint in the city in the same year. This is considered the official start of the Royal Mint of the United Kingdom. With over 1,000 years of continuous history, it is one of the oldest functioning government-owned mints.

Over the centuries, the Royal Mint has struck some of the most popular and widely used coins. Perhaps the best know and most widely circulated is the British Sovereign. At the height of the British Empire, Royal Mint’s coins were used in North America, Africa, Southeast Asia, Europe, and Australia.

Today, the most popular coin currently in production is the Royal Mint’s Britannia. The coin features a portrait of the goddess Britannia, the protector of the nation and the islands. The other popular series are the Lunar and the Queen’s Beasts.

The Britannia is the United Kingdom’s most popular gold coin. It was introduced back in 1987 as a one ounce bullion coin. 10 years later, the Royal Mint introduced the silver version of the coin. In 2017, the gold coin celebrated the 30th anniversary while the silver the 20th.

The gold content in Britannia coins was set at 91.7% or 22 karats. It was the same formulation used in the gold Sovereign coins first issued by King Henry VII. The 22k alloy of 22 parts gold and 2 parts copper is referred to as "crown gold". The copper is added to improve the coins' durability - 24k gold is quite soft and wears easily in circulation.

In 2013, the Royal Mint increased the gold fineness in Britannia coins to 24 karats or 99.99%. Other gold coin series were updated as well.

Gold Britannia coins feature the 5th portrait of Queen Elizabeth II on the obverse. The portrait’s designer was Jody Clark, the youngest sculptor ever to do the Queen’s portrait. The inscription “ELIZABETH II D.G. REGINA F D 50 POUNDS” borders the coin.

The reverse features the goddess Britannia with a Corinthian-style helmet on her head, a trident in her right hand, and a rounded United Kingdom shield in the other. The inscriptions around the reserve include the year of issuance, the coin’s weight and fineness, and “Britannia”.

The popular Lunar series, also known as the Shengxiao series, is available from one ounce to one kilogram. The series launched in 2014 at the rate of one coin per year. Each coin features an animal taken from the Chinese zodiac.

The 2015 coin carries a sheep on the reverse side. It is also available in a one ounce bullion strike, 1/10 oz bullion strike and 1 ounce proof version.

The Queen’s Beasts series was introduced in March 2016: 10 coins are planned, featuring the 10 heraldic beasts in the Queen’s ancestry. Thus far, seven coins have been released with three more pending. Collectors might find these gold British coins particularly appealing.

The Griffin of Edward III was released second, dated 2017 - one year after the Lion of England coin. This beast was on king Edward III's personal coat of arms and represents Queen’s Elizabeth II's ancestral link to him.

The Red Dragon of Wales coin was also unveiled in 2017. The dragon represents Wales and the Queen’s sovereignty over it. Most famously, the Red Dragon badge was used by Owen Tudor, Henry VII, as well as the last Prince of Wales - Llywelyn ap Gruffudd.

The fourth coin was the Unicorn of Scotland, representing Scotland and the Queen’s sovereignty there. The coin was introduced in 2018.

The Black Bull of Clarence coin was the second coin issued in 2018. The Black Bull itself was first found on the arms of Edward IV and Richard III.

As of this writing there are three coins pending release, namely the White Lion of Mortimer, the White Horse of Hanover, and the White Greyhound of Richmond.

Investing in gold is perhaps the safest and most stable way to preserve financial independence and protect oneself in the event of an economic crisis. Gold coins from Britain make a great option.

Whether you’re looking for coins to invest in or to collect, British coins from the Royal Mint will fit the bill. The Britannia and gold Sovereign coins are well suited for investors given the very low premiums involved. Collectors may find the more exclusive Queen’s Beasts series more appealing.