Yes, there appears to be convenience in digital money. But that convenience comes with dangers too. Especially if the voters tacitly affirm the Obama Administration's global tax agenda this November. If that occurs, you need to keep a close eye on the long-term implications of an all-digital currency future. 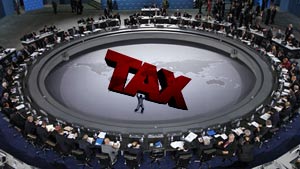 Digital currency makes it easier to subject honest working people to draconian tax collections by our own IRS and world government bodies.

It is important to pay attention to the continual technological and political "herding" toward totally electronic money and the growing hostility toward cash (or other forms of currency, like gold and silver). You can count on me to monitor that trend and advise you accordingly.

Globalists, Taxers, and Governments Love the Potential of Digital Cash for Their Own Ends

Taxing the citizens of the world has been talked about for many years. Globalists want to tax your hard-earned money to pay for their schemes. Last month, the Economic and Social Council of the United Nations actually announced its desire for a worldwide tax.

These economic globalists defend their proposed tax as "very small" (just 0.005%) and dressed up their proposal in nobleness (the tax would be used "to ensure no one lives below a certain income level").

The fear and loathing of gold and other non-corruptible assets by the political class is difficult to understate. Central planners and big government cheerleaders the world over want, need, and must have unlimited access to credit to enact their power-seeking agendas.

Way too many citizens are not aware of this truth. They don't seem to understand that only by cutting off the government's unlimited credit card can we realistically restore limited government. It's been proven time and time again that it is futile to limit government powers through a frontal assault against special interests feeding at the government trough.

Here are some other milestones on the road to a global tax:

2005 – United Nations bureaucrats used a string of euphemisms to open the door for a direct tax on world citizens in the "Draft Outcome Document of the High-Level Plenary Meeting of the General Assembly."

2002 – The Paris-based Organization of Economic Cooperation and Development (OECD) came out with a report titled "The Future of Money" that is reported as saying a cashless society will "make it easier for government to collect taxes."

2000 – The OECD felt low tax countries created "harmful" competition among (higher tax) member nations. In their report, "Towards Global Tax Co-operation," it asked member nations to pressure low-tax countries to unwind their low-tax, pro-growth policies in an effort to be "fair" and harmonize tax structures. They even went so far to use the sales pitch of fighting money laundering to pressure nations to repeal their financial privacy laws!

The White House Seems To Be Involved in the Scheme,Too

In the past, the U.S, has stood firmly against giving in to these ridiculous global tax proposals, which would force us to give up our sovereignty. However, things have changed. Just a few weeks after the U.N. announcement last month, the director of the White House National Economic Council Gene Sperling said, " We need a global minimum tax."

The Weekly Standard quotes the Obama administration officials as saying, "... assurance that nobody is escaping doing their fair share as part of a race to the bottom or having our tax code actually subsidized and facilitate people moving their funds to tax havens."

Are There Benefits to a Completely Cashless Society?Not Really... 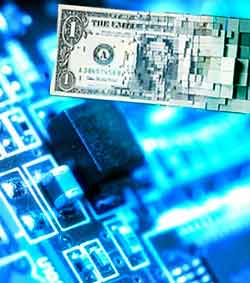 But, it's not great for privacy and it gives others too much control over you. It's easy to track what you bought, how much you spent, where you bought it, and when. And, at a click of button, your accounts can be shut down.

Even in the U.S., lawyer and money laundering expert Ellen Zimiles does not believe crime would decrease in a cashless society, because electronic currency makes fraud easier and anything you can store or send online can be stolen by a hacker. Currently, identity theft and cybercrime is an epidemic in the U.S. A purely cashless society would make the criminals' lives easier and give them even more incentive to cheat innocent consumers. Of course, there's another type of money that's based on neither cash nor electronics – we're talking about gold and silver. A major driver in this long-term precious metals bull market is private fears over the collapsing value of fiat currency and growing the power of centralized government. Gold and silver buyers are "voting with their dollars" by shifting more and more of their assets into tangible, physical, historically proven precious metals. Accumulating this alternative – indeed, better – form of cash is a smart move we're making myself. And we're making it easy for everyone through Money Metals Exchange.