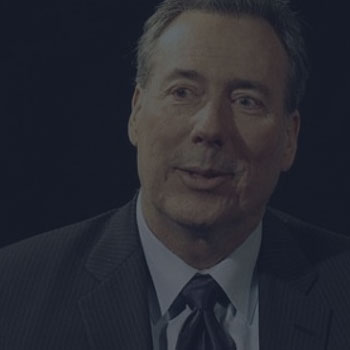 If you were an early adopter in the silver market in the previous bull market, say in 1965, you could have opened a silver position (physical or otherwise) for around $1.50 per ounce. The U.S. Government sold about 675 million ounces from 1966 until the end of 1970. The price peaked at $2.57 in 1968 and fell back to the $1.75 area for the following two years. But a long-term silver bull would continue to hold for further gains ahead. We finished 1970 near the $1.80 level.

From 1971 through 1978, both investment and industrial demand for silver was robust in almost every year, and prices from 1971 (~$1.88) rose to the $5.00 level and a bit beyond by the end of 1978. Between 1971 and 1978 there was a cumulative deficit of supply to demand of 415 million ounces. The gap was filled by above-ground supplies. But of course higher prices were required for that silver to be sold to fill the gap.

Let's pause here and look at our savvy silver bull and take a theoretical look at the position so far. Bought at the $1.50 level and holding to the end of 1978 at the $5.00 plus level, your hold time would have been 14 years, and the price appreciation would be over 200%. We are not accounting for inflation, just the nominal rise in price.

Again, we want this to sink in: a long-term silver bull would have made gains before the final two years of the last bull market, and perhaps in real terms (meaning beating inflation); but 14 years is a long time to hold – yet these are the facts from the previous bull market.

Now let us look at the next few years going into the blow off top in early 1980. But before we do, think about the theoretical investor who started right (1965) and held for a very long time (14 years) and who, after such a long period of time and a market that was clearly bullish, might have concluded that the silver market had indeed peaked and even if it had more upside there probably was not too much left.

This of course is where the history of the last bull market gets so interesting. Imagine our investor holding on, say one more year, riding that silver bull for 15 years and cashing out above $6.00. Not a bad return but certainly nothing near the gains that were to come. 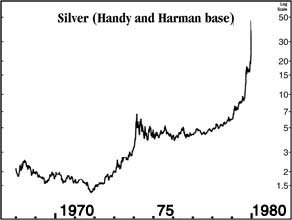 Now contrast our long-term silver bull with a speculator or someone unaware of silver's history who decides that they were ready to enter the silver market in late January 1979 at $6.60 per ounce. This was quite a hefty price, relative to silver's previous 15-year time frame. Prices went mostly sideways from January through August; the September month had silver quoted over $10.00 per ounce. Things got more volatile and silver shot up above the $16.00 level and traded in a range of $16 to $18 through November. Then silver picked up steam and rose from that level through December, entering January on fire, peaking near $50.00 on January 20, 1980.

The total bull market was 192 months long and being in the market for the last ten percent of the time would have meant being in for the last 19 months, which is September 1978 when silver was still near the $6.00 level.

To be precise, the idea that ninety percent of the move comes in the last ten percent of the time is not an exact or precise statement, but it does illustrate that markets move extremely fast, once the manic phase begins. It is my thinking that this bull market in the metals will go into the record books, because the distortions in the overall global economy have never been greater and the absolute need to be in precious metals will catch fire at some point.

Once that fuse is lit, the fireworks will begin shortly thereafter, but many will not be able to buy physical very easily.

The Manic Phase Ahead

If history is any guide for those of us silver bulls, we might discuss some ideas of what the future may hold for the precious metals, and silver in particular. First, if we look at the basing of silver for the previous months before the last phase, we could say silver based for almost two years between $5.00 and $6.00, and then it rose eightfold.

If, and this is a big if, we have finished leg one and are nearing the end of leg two, preparing for the last major move, we could ask, if silver were to repeat the last performance accomplished, would silver move from a $30.00 base to go up eightfold, implying $240.00 silver? No one can answer this question and certainly not this writer, yet the main point of this article is that we have received feedback and many are more than discouraged – some are giving up, thinking the bull market is over.

Regarding the last big run up in silver, many blame the Hunt Brothers. Yet the truth is even understood by the Silver Institute, which states the following, "Simplistic retrospectives of the silver market in late 1979 tend to focus on the high-profile purchases of large amounts of silver and silver futures by various wealthy inpiduals; in reality, there was a tremendously broad-based rush to buy silver by investors worldwide at the time."

My view is there was a broad-based rush to buy silver by investors worldwide at the time, but this time it will be probably 10 times as many competing for perhaps half as much silver as existed during the late 1970s. This is certainly a fundamental fact that you might consider from time to time.

Finally, it must be mentioned that this bull market could be more difficult to exit than the last one, because we must be careful observers of how the monetary/financial system is holding together. Since I do not think we will see a top for a few more years, I will not address specific strategies yet.

However, each one of our readers has different goals, and therefore a good/decent profit for one person may not be so for the next.

Specifically, holding everything to the very top is an amateur approach to the market. We will do our best to help look for factors to determine a plan that will help keep our emotions in check and take sufficient profits.

But for now, the frustration continues.

A widely recognized expert on silver, David Morgan began investing in stocks and precious metals as a teenager. He obtained degrees in finance and economics as well as engineering. Author of the book The Silver Manifesto, he has devoted more than 30 years to educating investors on opportunities to protect and grow their wealth. In addition to advising private clients and fund managers, he writes at The Morgan Report, covering economic news, the global economy, currency debasement, and stellar opportunities in precious metals and mining stocks.