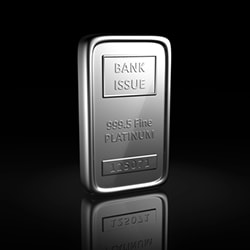 The platinum group metals continue to outshine gold and silver in the early goings of 2013. Platinum (up almost 10% year to date) is knocking on the door of a breakout at the $1,700 level, while palladium (up more than 5% for the year) now trades at 16-month highs.

As for gold and silver prices, they gave up some of their recent momentum last week. Gold relinquished all of the gain from the prior week and silver gave back about half. They continue to trade range-bound.

For the moment, the stock market is the darling of traders. The S&P 500 made a new 5-year high. With the exception of crude oil, commodities and the precious metals played second fiddle. Investors are not currently focused on uncontrolled spending, exponential debt growth, competitive currency devaluation, and negative real interest rates.

The Silver Maple Leafs, minted by the Royal Canadian Mint, have been a big beneficiary of dramatically higher premiums and limited availability in Silver American Eagles. For investors seeking legal-tender government-minted bullion coins, the Maple Leaf was the obvious choice once the Eagle got scarce. But mints, especially government-run mints, cannot flip a switch and triple production overnight. Officials with the Royal Canadian Mint responded to the demand spike last week by announcing they will also limit what they send to dealers, based on their purchase history. 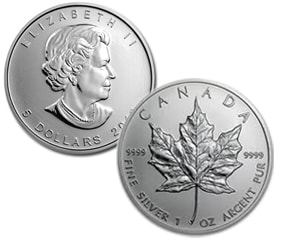 Demand for physical bullion remains brisk at Money Metals Exchange and other national dealers. If the U.S. Mint resumes taking orders for silver Eagles this week as expected, some of the pressure behind rising premiums will diminish. However, the Mint expects to limit its distribution – just as the Royal Canadian Mint has done. If allocations don't meet demand, we look for premiums to continue rising, accompanied by longer lead times for delivery – particularly because tightness in available inventory of 90% silver coins also shows no signs of abating.

The consensus is that Congress will once again grant itself an increase in federal borrowing capacity, with the assurance to voters – trust them this time – that they will balance the budget later. What could go wrong?!

Anyway, the passage of the "No Budget/No Pay" bill in the House – in which Republicans purport to play hardball by withholding Congressional paychecks until the Democrat-controlled Senate produces a budget – dominated financial media and boosted the stock market last week. Events in Washington DC are likely to remain front and center this week.

Here are some other scheduled events that may impact precious metals: