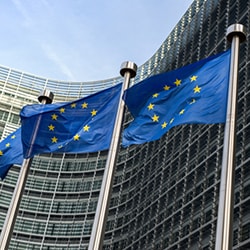 The events in Cyprus are driving increased interest in physical bullion. Money Metals Exchange is seeing some of the heaviest buying volume in months. The next 24 hours figure to be very interesting.

Today is the deadline imposed by the European Central Bank to reach a deal, without which they will cut off the funding keeping the largest Cypriot banks alive. The nation's banks have been closed for more than a week.

The most likely outcomes will be devastating for anyone holding sizeable amounts of Euros in a Cypriot bank. Any "deal" reached between parliament and the EU is almost certain to include confiscation of private funds. The latest proposal calls for appropriation of 20% of all balances above 100,000 euros in the Bank of Cyprus, along with 4% of balances in excess of €100,000 elsewhere.

Smaller balances would potentially not be touched, but, of course, savers of all sizes will get a nasty lesson: if the bureaucrats deem it necessary, they will close the banks, declare capital controls, and seize savings -- property rights be damned. Expect deposits to flee the Cypriot banks en masse.

The government "solution" may wind up being far worse than the problem as it highlights just how risky it is to:

Alternatively, we may see the Cypriot parliament reject any measure to seize private savings and choose default. The exact repercussions of a default are impossible to predict, but at least depositors might get treated ethically. Shareholders and bondholders would be wiped out prior to depositors taking any hits, with insured balances faring best.

Regardless of what happens, people worldwide are getting a wakeup call on the risks of entrusting capital to the fractional reserve banking system.

We picked up the following joke from G. Edward Griffin's Unfiltered News and thought readers would enjoy it:

Fed Chair Ben Bernanke and former Treasury Secretary Tim Geithner flew to Canada on a hunting trip. They chartered a small plane to take them into the Rockies for a week of hunting moose. They managed to bag six.

When they met at the plane to return, the pilot said he could take only 4 moose. The two officials objected strongly. "Last year we shot six. The pilot let us take them all and he had the same type of plane as yours."

Reluctantly, the pilot gave in and all six were loaded. The plane took off. However, while attempting to cross the mountains, the little plane couldn't handle the load and went down.

Somehow, surrounded by the moose bodies, Ben and Tim survived the crash. After climbing out of the wreckage, Ben asked Tim, "Any idea where we are?"

Tim replied, "I think we're pretty close to where we crashed last year."

Moral: Some people never learn from the mistakes of history.

All eyes will remain on Cyprus this week as investors watch to see if troubles there will have broader repercussions. Despite the financial media emphasis on just how small and insignificant Cyprus is, we think the precedents set there have enormous potential implications.

Here are some scheduled events in the US: