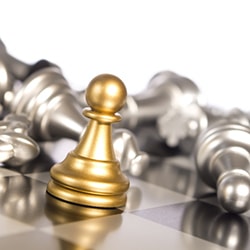 Precious metals enter the shortened holiday week with some slight upward momentum. Though markets were closed in the U.S. yesterday, prices traded up in Europe and Asia on news that central banks continue to accumulate gold – Russia, Greece, Turkey, Kazakhstan, and Azerbaijan reported expanded reserves for the seventh month in a row.

Central banks became net buyers of gold in 2011. With lower prices than seen since that time, central bank demand is likely increasing.

Strong Hands in the Physical Market

The majority of money managers now agree; the outlook for gold is grim. According to Credit Suisse, 60% expect gold to be the worst performing commodity. The herd almost never positions itself on the right side of trends in advance. So in addition to being an excellent contrarian signal that the bottom may be near, the bearish sentiment also highlights an important difference in the perspective of paper gold and silver traders versus that of investors in physical bullion.

Last month's carnage in the gold and silver futures markets capped almost 2 years of underperformance, and money managers have apparently had enough. Those caught last month placing leveraged bets on higher gold and silver prices in the futures market are now shrieking in agony – assuming margin calls haven't already put them out of their misery.

A Reminder of Why It's Unwise to Buy Metals Using Leverage

The retail market for physical gold and silver bullion is a different situation – for a variety of reasons. For starters, no one who incorrectly timed a cash purchase of bullion rounds, coins, or bars has ever been forced to sell because of a margin call. Bullion investors get to make their own choices about when to sell, without the added pressure of 10-to-1 leverage and brokers demanding they send more money.

Furthermore, the members of the general public who are buying physical gold and silver tend to have a long-term outlook based on fundamentals such as negative real interest rates and ongoing money creation. Since the fundamentals haven't changed a whit, these folks often view big price drops as an opportunity. They buy more while it is cheaper. Last month, amidst the panic and pain in the paper markets, Money Metals Exchange had record numbers of customers calling up and calmly placing orders to buy.

Bullion investors also understand that putting money in the futures markets is akin to gambling in a casino run by the Mob. These markets are neither fair nor free.

On one hand, large commercial banks throw their weight around – triggering short term price moves and then trading them for profit.

And on the other, is the Federal Reserve trying to engineer a "Goldilocks" rate of inflation – one that is not too hot and not too cold. Gold and silver's sharp rise in both price and prominence over the past decade makes Fed officials uncomfortable. Sharply higher gold and silver prices do not reflect well on the dollar. While most Fed governors may privately prefer a weaker dollar, they certainly do not want precious metals prices to rise too far, too fast.

Paul Craig Roberts, who served as an assistant Treasury Secretary under President Ronald Reagan, analyzed the takedown in gold and silver prices last month. He made the following observations and concludes the Fed was most likely behind the action:

If traders had been buying – not selling – there would now be an investigation à la the Hunt Brothers back in 1980. But as far as we know, the CFTC is not asking questions about these recent events. Instead, financial media pundits simply warn people off investments in gold and silver – crowing about volatility and the end of the bull market.

But, as stated above, buyers of physical bullion aren't persuaded. From individuals right on up to foreign central banks, investors continue buying and voting "no-confidence" in the dollar.