Warning: Next Fed Chairman May be Even Bigger Inflationist... 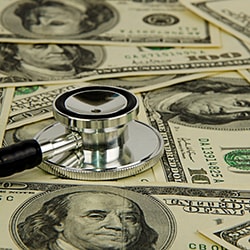 Keep an eye on the U.S. dollar! Recent volatility in the dollar index may hint at a possible top.

Dollar strength over the past few months can be partially explained by European and Japanese central banks both moving aggressively to weaken the Euro and Yen relative to the dollar. And our own Fed is whispering about the scaling back of bond purchases.

A weaker dollar would be good news for precious metals investors.

The U.S. Mint is once again taking new orders for the popular 1/10th oz gold Eagle, signaling that gold and silver supply is catching up after the April spike in demand decimated the inventories.

Although its inability to meet market demand over the past few months is a testament to the inefficiencies of government, the U.S. Mint is still on pace to set new all-time records for production of both gold Eagles and silver Eagles – the most popular bullion coins in the world. Premiums for silver Eagles are starting to drift lower. Premiums for the gold coins rose only modestly and have now fallen back. Delivery delays are shortening – buyers today can expect around 1 week of lead time at most.

Bernanke May Be Leaving, But Expect Efforts to Increase Inflation to Continue

Current Federal Reserve Chairman Ben Bernanke has not made an official announcement, but he has apparently informed close friends he does not intend to stand for re-appointment as Fed Chair when his current term expires Jan. 1, 2014. The rumor has Fed watchers guessing about who will take his place.

The consensus front runners are Janet Yellen and Larry Summers. Both candidates are exceptionally well connected both with Wall Street banks and Democrat Party leadership.

Yellen, currently a Fed Vice-Chairperson, is widely considered one of the biggest "doves" (meaning she's not concerned about inflation) currently serving. She consistently favors even more money pumping and has even suggested that interest rates could be dropped below zero – meaning the Fed would charge banks that don't lend out money instead of paying interest on deposits!

Both Yellen and Summers have consistently championed bailouts and stimulus. Each candidate offers the type of track record Obama and the crony banks will be looking for. Based on their credentials, it is hard to imagine either significantly altering current policy. If anything, investors might expect an escalation of Bernanke's war on the dollar.

But, as so often happens with regards to Fed policy, investors are getting contradictory signals. On one hand, the Fed is engaging in an extraordinarily loose money policy.

Despite that, precious metals and many commodities are suffering. These markets anticipate a withdrawal of stimulus based on hints the Fed may start winding down QE. These "tapering" concerns got a big boost with Friday's release of minutes from the most recent meeting of the Fed Advisory Committee.

The Fed minutes contain a rather shocking admission of failure with regards to current monetary policy. Officials seem to recognize how massive the distortions they created in the markets have become:

"Uncertainty exists about how markets will reestablish normal valuations when the Fed withdraws from the market. It will likely be difficult to unwind policy accommodation, and the end of monetary easing may be painful for consumers and businesses. Given the Fed's balance sheet increase of approximately $2.5 trillion since 2008, the Fed may now be perceived as integral to the housing finance system."

Any tightening will almost certainly torpedo the two brightest spots in the economy -- the stock market and real estate. And the Fed knows it.

Leadership, both in Washington DC and on Wall Street, has demonstrated a low tolerance for pain. Don't expect Bernanke or his successor to put up with much of it.