We all know that Wall Street exists to sell paper instruments of various sorts to the investing public. We tend to think just about the primary ways Wall Street goes about making money – T-Bill and bond funds, mutual funds, hedge funds, M & A's (Merger and Acquisitions), REITs, even alphabet-labeled derivatives.

But there are also procedures used by “insiders” that are arcane, “under the radar,” nuanced, or sometimes even legally questionable.

By now, compliments of John Corzine at now-defunct MF Global, we've heard the hard-to-pronounce terms “hypothecate” and “rehypothication” – even if we don't quite understand what they mean. But the people whose brokerage and precious metals accounts have been “touched” by the process sure get it!

Holders of MF Global gold accounts unwittingly lent their metal to the firm so that it could speculate on interest rates. When the firm's bets went bad, the gold its clients thought they owned disappeared. 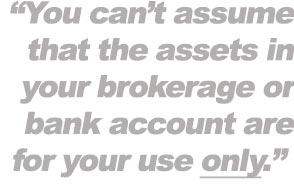 You can't assume that the assets in your brokerage or bank account are for your use only. If these funds are listed under the firm's “street name” – which by the way, is usually the case – they can “loan” your shares of stocks or precious metals exchange-traded products out to short sellers. They might even use your money to speculate on their own behalf.

See if the following definition of rehypothication by Investopedia inspires confidence that your funds are being well cared for: “The practice by banks and brokers of using, for their own purposes, assets that have been posted as collateral by their clients.”

Of course, you could register your stocks, and hold the certificates yourself, but the process is complicated, expensive, and cumbersome.

Banks, through “fractional reserves,” loan out most of our deposited money for mortgages, but keep enough so that if (some of us) decide we want it back, they will have enough “in reserve” to meet the request. And your funds are insured by the FDIC up to a certain limit.

Nowadays though, it's getting difficult to take more than a relatively small amount out at one time – read the fine print in your bank's agreement if you're skeptical about this. They might even want to know what you intend to use your cash withdrawal for! The money is technically yours, but with strings attached as to how and when you might actually retrieve it.

So-called “Dark Pools” are investment platforms, located away from the main exchanges, that allow large investors and private funds to trade stocks anonymously.

When they were first established, the idea was to avoid sending “signals” to the rest of the market as to what some of the big money was up to. Over time, though, the practice has complicated things because in some cases these parallel bid/ask platforms create different price quotes that are NOT visible to other market participants. 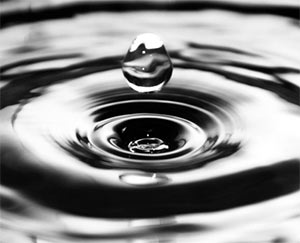 With the advent of High Frequency Trading (HFT) – where trades are made at micro-second speed by pre-programmed computers and operatives who hear late-breaking news events a second before the rest of us – the energy surrounding these platforms has become even murkier.

A new book titled Flash Boys: A Wall Street Revolt, has received lots of attention lately. Discussing how these subterranean practices took place (and continue to), author Michael Lewis remarks, “The hidden passages and trapdoors enabled a handful of players to exploit everyone else.”

So here's the takeaway...

Investing terrain for the average person has become little more than a minefield designed to inhibit our ability to sensibly make money in the traditional sense, while it chips away at the funds we decide to place at risk.

Layers of financial vehicles with acronyms few can pronounce or understand keep growing and are becoming more difficult to sidestep. Then factor in the current era of Federal Reserve induced rock-bottom interest rates that has virtually destroyed the ability of saving for retirement by the traditional means of holding bonds and CDs. Try keeping up with an inflation rate that's running several percent per year when your CDs are yielding a fraction of a percent! That's the bad news.

Now for the good news…

You and I can choose to avoid, like the plague, much of this market chicanery. We can limit our exposure to anything related to “derivatives,” “hedges,” or other fanciful “trading vehicles,” which by the very dint of participation places us at a severe disadvantage as soon as we step up to the plate.

As independent-acting and thinking investors, we can “shine a light” on all sorts of dark pool behaviors by placing a solid amount of our investible wealth into physical precious metals held outside of banking and brokerage institutions.

Purchase from sources having ethical, transparent dealings with their customers. Take delivery and store your precious holdings in a safe place (places?), so they will be available to you when/if/as needed. Think of your “stash” as an accumulation of real money – exchanging what David Morgan calls “paper promises” – the bills in your wallet – for “physical reality.” 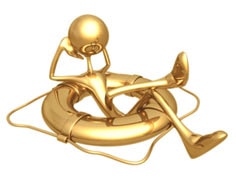 You're not buying something simply to be consumed, like you would a car, a TV, or a vacation package. Instead, you're exchanging paper currency – which throughout recorded history has always declined over time in purchasing power (eventually, to zero) – for the solid and lasting wealth of precious metals.

Accumulate what, over the millennia, regardless of culture or geography – is understood to be real money. Precious metals held in your hand:

Yes, you can say NO to Wall Street's rigged game.