Why Physical Precious Metals Are Safer than Mining Stocks

When investors first become interested in the precious metals, they may be drawn to invest in mining stocks.

The allure of making several times your money on an exploration company that hits a big strike can be tempting. Yes, a gold-silver producer (or an exploration stock) can sport larger gains during a bull run than the price of the underlying metal itself. This is part of a trade-off, because mining operations face all sorts of unique risks.

When you hold physical gold and silver, the price of the metal must go higher than what you paid for you to have profits on paper. And those profits would be no more or less than the actual rise in metals. 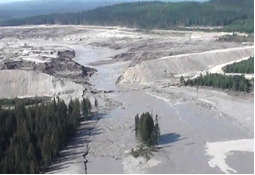 A mining company’s stock price can be hurt by a management which pays itself too much or doesn’t control operating costs. Natural disasters like floods, rock falls, or worker fatalities inside a mine shaft can cut into profits (and shareholder confidence).

Unexpected tax increases like the ones Mexico imposed last year on miners have been hard on producers. And it’s even more difficult for explorers, who by definition don’t show a profit until they either sell a deposit or somehow put it into production.

And mining companies face other political risks as well.

For example, Argentina’s economic mismanagement has resulted in bond defaults, currency exchange controls, and high inflation – all of which have placed headwinds in the way of mining companies who would otherwise be making a significant profit.

These factors can be a drag on the share price of the companies you hold – even if the price of gold and silver is rising at a fast clip.

Last year, a mining company in British Columbia had a tailings dam failure (the holding pond where mineral residue from the metals’ milling process is stored). A large opening dumped highly toxic waste into nearby streams and pristine lakes.

The accident posed a pollution risk to one of North America’s most prolific salmon streams. This copper-gold operation, a $17 dollar stock, lost 60% of its share value in just two days.

In another example, a mining company in Brazil, judged to have one of the richest deposits of PGMs (platinum and palladium) in the world, ran into construction cost overruns for its underground mine. The stock declined 99% from its high and has essentially gone bankrupt. 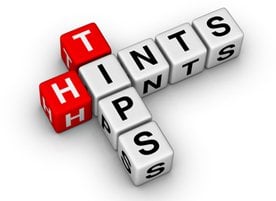 One of Canada’s few platinum group metals producers – albeit a high-cost operation – has dropped from $12/share to around 0.25 cents over the past 8 years, even as the price for palladium, its primary production metal, soared from $200 to a 12-year high of almost $900 per ounce! Even now, palladium trades near $800 an ounce.

A massive gold-silver-copper deposit which straddles the borders of Argentina and Chile and was supposed to be in operation by now, is in a state of “care and maintenance” while competing local interests decide whether or not it can be operated in an environmentally sustainable manner. The project owners are reportedly in the hole to the tune of $6-8 billion with no production in sight.

The list goes on and includes several major projects which were simply nationalized (stolen) by hostile governments, off times after the owners had expended millions of dollars in exploration and development. You can guess what this sort of thing does to a company’s share price.

To be fair, it is possible to make money – sometimes a lot of it – with a well-run, profitable metals’ producer. But since 2006, mining shares as a group have actually underperformed metals’ prices.

As the next major bull leg gets underway into 2015-16, these stocks could begin to over-perform once again. Or you might have the good fortune of owning shares in a little-known exploration company that makes a big strike. One of these “lottery tickets” can return 10 – 20 times your money. But with less than one in 1,000 properties ever advancing to production stage, the odds against an investor are long indeed.

Buy the Physical Metal FIRST... Only Then Should You Consider Mining Stocks

David Morgan as well as Money Metals Exchange have long counseled readers to buy physical metal first. After that, if you want to accept some added risk, consider picking up a few established producers and “streamers” – companies who help finance a producer in exchange for receiving some of its production stream later at a deep discount.

Then, if you are willing to take even more risk, consider placing a small amount of money you can afford to lose into a long-shot exploration play. (For those who are interested, The Morgan Report’s Asset Allocation Table is a great place to start looking for these kinds of stocks.)

When you buy physical precious metals – silver, gold, platinum, or palladium – the same suggestions and caveats that bear repeating apply:

When you take delivery of your metals, be sure to place them in a secure place – perhaps several places, and keep that information largely to yourself. A somewhat humorous ancient Chinese saying – but one which holds more than a grain of truth, goes “Three people can keep a secret, but only if two are dead!”