The bad news is ‘fake news’ is very real. The good news is fake news is nothing new. The even better news for gold and silver stackers is they have learned to live with decades of fake news about sound money.

You already know all about fake news. It used to go by other names – lies, propaganda, false advertising, and brainwashing, to name a few. Now we can add polling results and agenda-driven predictions to that list.

Fake News Is a Cover Story

The term ‘fake news’ is a recent invention by mainstream liberal media to cover their asterisks after choking on pitifully biased presidential election coverage.

It’s an old political tactic – accuse everyone else of whatever you’re guilty of. Easier to disguise lousy journalism if everyone's doing it.

The story spawning the term ‘fake news’ was a Washington Post analysis charging that Russia interfered with the presidential election, including using leaked emails to pound Hillary Clinton.

The Post accused a couple hundred news publishers of being treasonous liars. The pushback quickly piled up, some of it surprisingly harsh from mainstream media.

“I thought it was completely ridiculous that the Post would put this sorry piece of trash on the front page,” said the Washington editor of Harper’s magazine.

“Shameful and disgusting,” was the verdict by Rolling Stone’s star writer, Matt Taibbi.. (That’s the same magazine found guilty of libel after sensationalizing a false story of gang rape at the University of Virginia).

Talented, respected Hollywood actor Denzel Washington, a Clinton supporter, was upset after an erroneous news item listed him in the Trump camp. He said, “If you don’t read the newspaper, you’re uninformed. If you do read it, you’re misinformed.”

"Those who do not read the news are uniformed. Those that do are misinformed."

Update: The disgraced Washington Post now acknowledges its story about fake Russian news, filled with holes and inaccuracies was – fake news! There is, however, a more sinister threat behind fake news than just slandering actors and politicians.

Bogus hand wringing over fake news could be used to create a public clamor for ‘standardized news’ – acceptance of government regulated news coverage – aimed strictly at criminalizing alternative media, and could lead to government licensing of journalists.

Communist China has quickly jumped in front of the crowd eager to criminalize news. Xinjaing Province officials have threatened those who defy banned news practices with heavy fines. The accused should worry imprisonment and even death sentences can’t be far behind.

To show everyone she’s not going away anytime soon, Hillary Clinton asked Congress to crack down on fake news. Last week, Congress did just that, passing the Countering Foreign Propaganda and Disinformation Act.

Any crackdown would mean shredding the First Amendment. It’s happened before, notably in wartime, when information was severely monitored by government censors. Designating a foreign power, like Russia, as an enemy in an information war, could lead to heavy censorship again.

Both Vlad Putin and Julian Assange of Wikileaks have denied Russia had anything to do with Wikileaks’ massive data dumps that so embarrassed the democrats leading up to the election.

None of this is surprising to sound money advocates. The U.S. and other governments have long suppressed legitimate issues of debt and sound money. It’s in every big-spending government’s interests that gold and silver not compete with printed currency. A compliant, state-controlled media is crucial to that news manipulation.

Lies and myths about gold and silver have endured for decades, documented by dedicated publications such as Money Metals and many others.

Ongoing at this moment is the most stunning financial crime story on the planet.

You won’t find it in your local newspaper, nor on any popular business channel. You’ll find it only in specialty publications dedicated to sound money.

It’s Deutsche Bank’s stunning admission that it and other banks have criminally suppressed the paper price of precious metals for years.

Deutsche Bank’s confession came after suspicious investors sued a string of banks. German regulators even started investigating the bank’s illegal actions in the gold market. To save its own hide, the bank recently agreed to turn on co-conspirators in the price-fixing scheme. 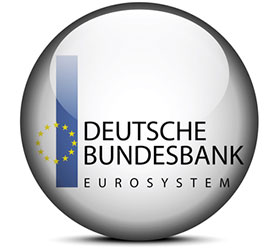 That’s a big story, but not one main media is interested in exploring or explaining.

The news that mainstream media fears to report is that price fixing is not some conspiracy theory. Of all the economic metrics manipulated by governments and banks, including interest rates and stock markets, the gold price is the one governments must control at all costs to stay in power.

If ever honestly reported and explained, the Deutsche Bank story would have widespread momentous effects on the way economic worlds work – just as earthshaking as the election of a political maverick to the Presidency.

Rather than risk the public exposure of theft, deceit and fraud, government and its compliant media will undoubtedly prefer to invent still another fake news cover story.