The Best Reasons to Buy Gold in the Age of Trump

Notwithstanding the strong demand for gold and silver globally, buying activity in the U.S. retail market for physical bullion has fallen noticeably in the wake of Donald Trump’s election victory. And retail selling in the U.S. has increased. The bullion markets have entered a new phase.

The two terms of President Obama included the aftermath of the 2008 financial crisis, zero interest rate policy from the Federal Reserve, and multiple rounds of Quantitative Easing. Reasons to buy gold and silver were plentiful. Today, the reasons to diversify into gold and silver are as strong as ever, but they're perhaps less obvious to the average retail buyer in the U.S.

Many of the people who felt deeply concerned about the direction of the nation under Barack Obama are more optimistic now. U.S. stock markets are moving relentlessly upward. Artificially low interest rates are sending home prices higher. Even the U.S. dollar looks decent when compared to other world currencies.

The rationale for owning physical gold and silver isn’t making page one headlines. That does not mean the gold story is over. Rather the markets seem to be at a crossroads with investors waiting to see which direction events will take them.

One path is not bullish for precious metals prices. That route includes a stronger U.S. dollar coupled with real economic growth and risk assets continuing to outperform.

The other two paths move through very different landscapes, but both lead to sharply higher gold and silver prices (gold bar price). The first path involves price inflation amid rapidly growing government debt. The need to hedge against the dollar’s declining purchasing power re-emerges in investor psychology. The second path leads toward geopolitical uncertainty and the return of safe-haven buying.

There are good reasons to expect metals markets will take one of the more bullish paths. Here are the potential catalysts as we see them today...

The Return of Price Inflation as an Investment Thesis

The Bureau of Labor Statistics just reported the biggest jump in the Consumer Price Index in four years. Bureaucrats have a sordid history of under-reporting the true price inflation rate.

But a massive devaluation of the dollar remains the only politically viable means of addressing our national debt and avoiding an overt default on entitlement obligations.

No election can change that imperative. It remains a matter of when, not if, Americans can expect big league price inflation.

President Trump and his advisors would very much like to see a weaker dollar, and they are saying that explicitly. The jawboning has even yielded some results. For the moment, however, they aren’t getting much help from Janet Yellen. The Fed is still signaling tighter monetary policy, which could make the dollar look stronger relative to other major currencies.

The administration has put some proposals on the table which would promote a decidedly weaker dollar. Trump’s bid to launch a massive infrastructure spending program is one of these. The anticipation of a trillion dollars worth of construction projects is already fueling inflation expectations.

The proposal for significant tax reductions is getting plenty of attention, but, as yet, not many see it as a significant driver of price inflation. It would be. Tax cuts work as a direct stimulus because people have more spendable cash left in their pockets. Any cuts could also undermine the dollar by driving up federal deficits and borrowing, assuming a booming economy doesn't increase overall tax revenues.

Finally, should Trump convince congress to levy import or border taxes with a major trading partner such as Mexico or China, it will mean higher prices inside the U.S. That is the inevitable cost for such a policy.

Now Is NOT the Time to Abandon Safe-Haven Investments

Even the most optimistic Trump supporters should be planning for a bumpy ride on the way to reform. For starters, it is increasingly clear the president is at war with the Deep State – the unelected, often anonymous bureaucrats and elites who have been running our government from behind the scenes for decades.

This battle breeds uncertainty and the potential for real turmoil. It is impossible to confidently predict what the political landscape will look like just a few months from now, let alone a few years down the road. 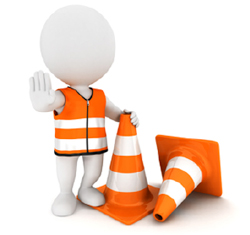 The potential for widespread social unrest should not be discounted. Anti-Trump forces are already mobilized and cultivating enough hysteria to foment violence in places like Berkeley.

His supporters, by and large, seek to avoid physical confrontation. But that could change quickly if Trump’s war with the Deep State takes a turn for the worse.

The president has many enemies in Congress, including some powerful Republicans. What happens if the president is impeached? What if there is an assassination attempt?

Turn away from America’s extraordinarily volatile political scene, and you’ll find other reasons to retain some caution. This year promises to be pivotal in Europe. Anti-EU candidates just may win in upcoming European elections. Should that happen in either France or Germany, it is likely to shake markets to the core.

Europe isn’t the only continent with trouble brewing. Jim Rickards is among a number of experts who think the next economic crisis might kick off in Asia. Appearing on the Money Metals podcast last week, Rickards makes the case for China “going broke” as officials attempt to maintain a currency peg and grapple with the massive numbers of bad loans piled up in Chinese banks.

Current valuations in the U.S. equity markets should also be giving investors reasons for concern. Having risen dramatically as shown in the chart below, price-to-earnings ratios are signaling a significant correction may be just ahead.

The bull run in the S&P 500 has lasted almost 8 years. Do Trump’s plans for economic revitalization mean the run can persist for years longer?

It’s possible. There are two ways for valuations to fall back into line, and one of them is for corporate earnings to rise significantly.

The other is for share prices to fall… hard. For anyone who isn’t supremely confident in Trump’s ability to shepherd the tax cuts and a big infrastructure program through congress, this is the better bet.