The Return of Stagflation

Steve St. Angelo wrote an insightful article relating the silver to gold ratio to the S&P 500 Index. I encourage you to read his articles and analysis.

My commentary on the silver to gold ratio:

The following graph shows the SI/GC ratio versus the S&P500 index beginning in August 1971 when President Nixon severed the final gold backing of the US dollar. Currency in circulation, debt, consumer cost of living, and most prices including gold, silver, crude oil, and the S&P rose in devalued dollar units. 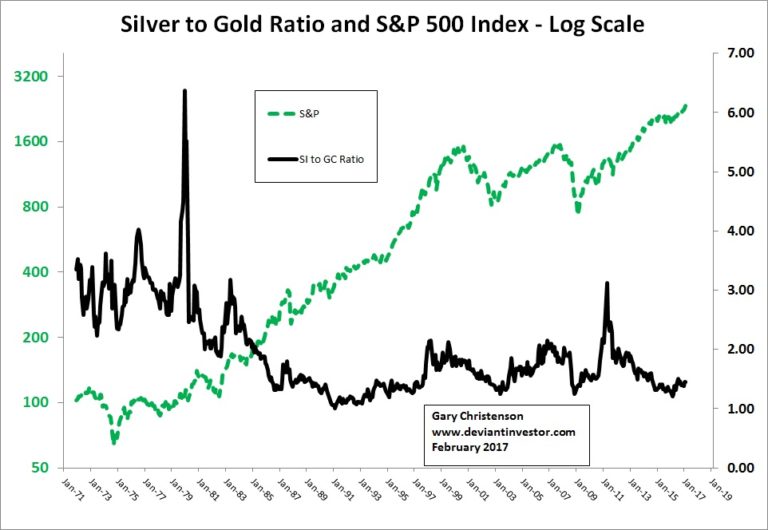 The two lines follow each other over long periods, and diverge during other periods. The next graph shows the same monthly data but smoothed with a ten month moving average. I divided the graph into four sections: 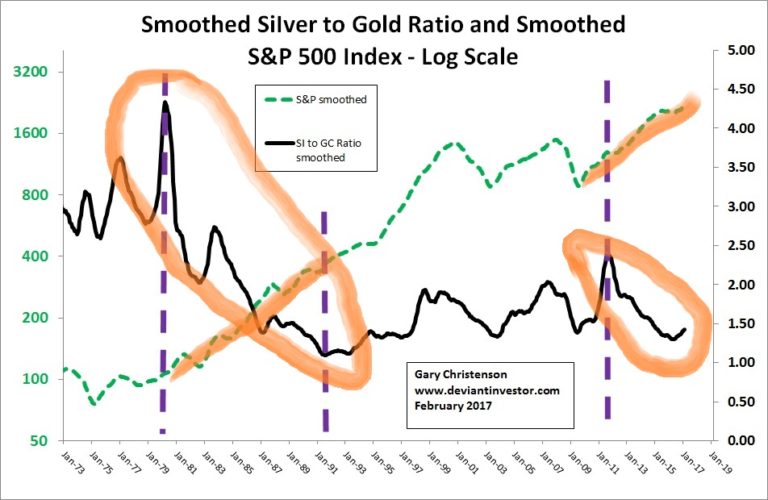 These dates are important for silver and gold prices. Examine the statistical correlation (excel calculated) for the SI/GC ratio compared to the S&P500 Index.

These are interesting positive and negative correlations! How are these periods similar and different?

What Changed During the Levitation Phase Between Mid-2011 and Today?

BUSINESS AS USUAL: The U. S. government borrowed and spent and the Federal Reserve bailed out the largest banks. Students, auto owners, and corporations increased their debt loads, and newly “borrowed into existence” dollars levitated the stock and bond markets. Debt enlarged, fiscal and monetary nonsense prevailed, banker bonuses increased, pension plans were crippled and savers were hurt by near-zero interest rates.

BONDS TURNED DOWN: Bonds turned down last July and stocks could correct at any time. Trillions of digital dollars could disappear in days if stock and bond markets collapse, but the debts will remain.

Regardless of how quickly and harshly the fiat currency, bond, and stock bubbles collapse, gold and silver will remain real money and valuable.

“I view gold as the primary global currency.”

Equities sell for all-time highs and at historically high valuations by many measures. Bonds have probably entered a bear market, like the 1970s. Equities trade in the zone where we should expect a correction or crash even though central banks are blowing bubbles and levitating markets via direct purchases and ever increasing debt.

The Return of Stagflation: